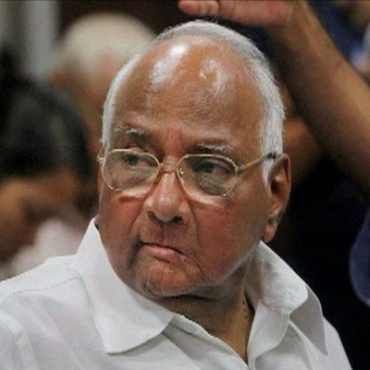 "The Chief Minister of a neighbouring state speaks about his development agenda...What is development?...Is it bringing all-round development in the lives of the poor and bringing smile on their faces?

"They speak of changing the face of the country but the entire country has seen how mass murders took place," Pawar said addressing a meeting to discuss the status of minorities, without naming Modi.

Pawar slammed Modi's development model and accused him of ignoring certain sections of the society.

"These people are asking for complete power... but their attitude is to ignore certain sections of the society," Pawar, the Union agriculture minister, said.

Pawar had recently said there was no need for a debate on the 2002 Gujarat riots after courts had ruled on Modi's role during the communal conflagration.

"If courts have given their verdict, then the question of holding a debate on it does not arise. We accept the court's order and there won't be any debate on it," Pawar had said.

Pawar's criticism of Modi drew a sharp response from BJP whose spokesman Prakash Javadekar said the NCP chief has the habit of making communal statements ahead of elections.

"For four years nine months, Pawar talks like a secularist. However, when the elections come close, he becomes a communalist. The NCP leader has a peculiarity to make communal statements ahead of the elections," Javadekar said.

"Till the other day, he was in charge of law and order of the city and suddenly one finds he has joined BJP. Recently, a top official of the Ministry of Home Affairs (Home Secretary R K Singh) also joined communal BJP," the NCP chief said.

"..Ideology is not framed overnight, those in the administration are expected to be fair and impartial in a secular country. These people are part of administration for 20-30 years and suddenly (they) join a political party," he said, adding the presence of such people in government could be "dangerous".

"I have no objection to them joining politics but their presence in government is dangerous...All secular parties should think about this," he said.

Javadekar also took a swipe at Pawar for his criticism of Satyapal Singh, saying the Maratha strongman was unhappy as Mumbai's former top cop had not joined NCP.