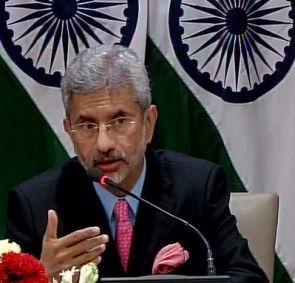 Describing Bangladesh as an ‘exceptional neighbour’, India on Friday said Prime Minister Narendra Modi's ‘historic’ visit there from Saturday will help the two countries to consolidate and deepen cooperation in key areas of power, energy and connectivity.

Briefing reporters on Modi's visit to Dhaka, Foreign Secretary S Jaishankar said the two sides will exchange the instruments of ratification on the Land Boundary Agreement, recently passed by Parliament to settle the 41-year-old border dispute. West Bengal Chief Minister Mamata Banerjee will be present at the exchange ceremony.

Apart from holding talks with his Bangladeshi counterpart Sheikh Hasina, the prime minister will also meet prominent political leaders including Leader of the Opposition Raushon Ershad and former Prime Minister Begum Khaleda Zia during his two-day visit, he said.

"The prime minister's visit is very historic and the reason is the centrepiece -- the conclusion of the LBA with Bangladesh, longest land boundary. This is the achievement with which the prime minister will go to Bangladesh and we will have the instruments of ratification exchanged. It is really not ordinarily achieved," the foreign secretary said.

He said the passage of LBA with Bangladesh by Parliament has generated lot of goodwill and confidence and will help better management of the 4096-km-long border, most of which was porous, and help tackling issues of illegal migrants and trafficking.

After the implementation of LBA, India was expecting movement of people to the country and had made arrangements for the same, the foreign secretary said.

Both sides are likely to sign a number of deals including on enhancing connectivity to ensure greater people-to-people contact apart from flagging off the bus service between Kolkata and Agartala. A pact to supply diesel to Bangladesh has also been finalised and would be inked.

Talking about the Bangladesh-Bhutan-India-Nepal Motor Vehicle Agreement, a sub-regional connectivity pact, Jaishankar said it is expected to be signed in ‘few weeks’.

Asked if increasing intolerance in Bangladesh will be discussed during Modi's meetings, he said, "Bangladesh is an exceptional neighbour. It is in many ways symbol of society where democratic roots have taken hold under very difficult conditions.

"We support Bangladesh as a democracy, we note the commitment to a pluralistic way of life. We applaud them as a very responsible neighbour with whom we have really developed great relationship of mutual sensitivity.

While Teesta water sharing pact will not inked during Modi's visit, the issue of sharing of other river waters and waterways was expected to figure. The two countries are keen to strengthen railway connectivity, particularly to revive railway links which were in existence prior to 1965.

Improving connectivity with Bangladesh will help linking the Northeastern region with Southeast Asia, Jaishankar said. On the trade front, there will be efforts to spur Indian investment in Bangladesh and an enabling MoU may be signed to facilitate setting up of special economic zones by Indian companies in that country.

The current volume of bilateral trade is around $6.5 billion out of which India's export is around $6 billion.