Prime Minister Narendra Modi will make a six-day visit to the United States from September 21 to 27 to attend various events including the annual United Nations General Assembly session in New York and a diaspora event in Houston in Texas in which US President Donald Trump is also participating. 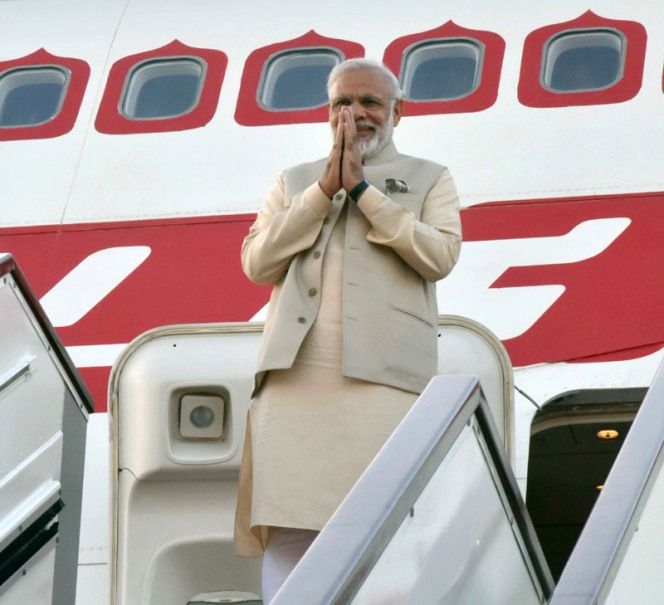 It will be a three-part visit with the first being multilateral engagements at the United Nations.

The second will be the interactions with political and business communities and with the diaspora. Bilateral meetings with world leaders in New York will form the third part.

On his arrival in Houston on September 21, Modi will head a round table with the CEOs of energy companies. "Energy is an important component in the Indo-US trade mix. We import approximately $4 billion worth of oil and gas from the US. This not only shows that we are an important market but also to discuss investments and other possibilities in the economic area," Foreign Secretary Vijay Gokhale said in his briefing on the visit.

On September 22, the PM will be addressing the 'Howdy Modi!' event at NRG Stadium in Houston organised by the Indian community. "We are delighted that US President Trump will also be there," Gokhale added.

Modi will also be meeting community leaders, including a group of Kashmiri Pandits.

The PM will also have a packed schedule in New York. During his stay there, Modi will attend the United Nations Climate meeting apart from addressing a session on terrorism in the UN headquarters.

Events related to universal health schemes like Ayushman Bharat and the commemoration of the 150th anniversary of Mahatma Gandhi are also on Modi's schedule.

In addition, a host of bilateral meetings with world leaders, including Trump, are on the cards.

Modi will also take part in Bloomberg Business Conference and is due to receive an award from the Melinda-Bill Gates Foundation.

The PM will conclude his US visit with a special address at United Nations General Assembly on September 27.