Prime Minister Narendra Modi and his Bangladesh counterpart Sheikh Hasina reiterated their zero-tolerance approach to terrorism and violent extremism, and agreed that a strong security partnership has built trust and mutual confidence between the neighbours. 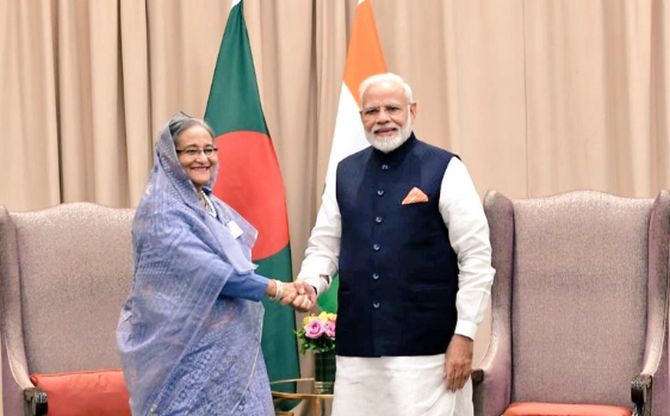 Modi met Hasina for a bilateral meeting on the margins of the high level segment of the 74th session of the UN General Assembly on Friday.

An official press release said that in their first meeting since their re-election, Modi thanked Hasina for attending the special commemorative event organised by India to mark the 150th birth anniversary of Mahatma Gandhi.

"The two leaders reviewed the excellent state of bilateral relations and cooperation, and agreed to maintain the momentum to take the India-Bangladesh relationship to new heights. The leaders reiterated their zero tolerance approach to terrorism and violent extremism, and agreed that a strong partnership in security had built trust and mutual confidence between the two countries,” it said.

The two sides recognised that improved land, riverine, sea and air connectivity, an intensified partnership in energy, and rapidly expanding trade and economic ties are important drivers of progress and stability in the region.

Modi congratulated Hasina for the impressive economic growth recorded by Bangladesh under her leadership, and emphasized India's commitment to remain a leading development partner of Bangladesh.

The two leaders also discussed the regional and global situation.

Hasina also extended an invitation to Modi to visit Bangladesh, and suggested that it could be undertaken also in connection with the birth centenary of 'Bangabandhu' Sheikh Mujibur Rahman.

Modi accepted the invitation and also reiterated India's offer to work closely with Bangladesh to mark this important historical milestone. Modi met Tshering on the sidelines of the high level segment of the 74th UN General Assembly session on Friday.

The two leaders reviewed the bilateral relationship following the successful visit of Prime Minister Modi to Bhutan in August 2019 and expressed satisfaction at the progress made in diverse sectors including development partnership, hydropower cooperation, people to people ties and recent initiatives taken in the newer areas of space, digital connectivity,  the financial sector and tertiary education, according to an official press release.

Modi welcomed Bhutan into the Coalition for Disaster Resilient Infrastructure (CDRI) as a founding member. The coalition was announced by the prime minister in the course of the Climate  Action Summit this week.

This was the fourth meeting between the two prime ministers in the last one year.

Yoshita Singh in United Nations
Source: PTI© Copyright 2020 PTI. All rights reserved. Republication or redistribution of PTI content, including by framing or similar means, is expressly prohibited without the prior written consent.
SHARE THIS STORY
Print this article 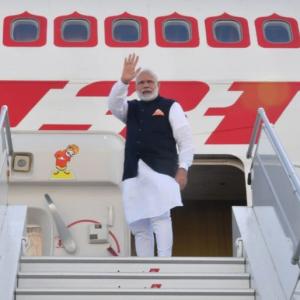 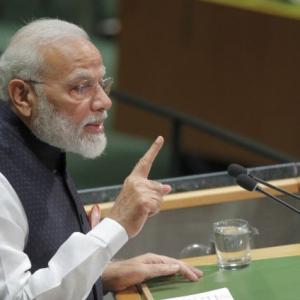