Modi running his govt in atmosphere of 'fear': Sonia

Congress interim president Sonia Gandhi on Friday attacked Prime Minister Narendra Modi, alleging he is running his government in an atmosphere of 'fear'. 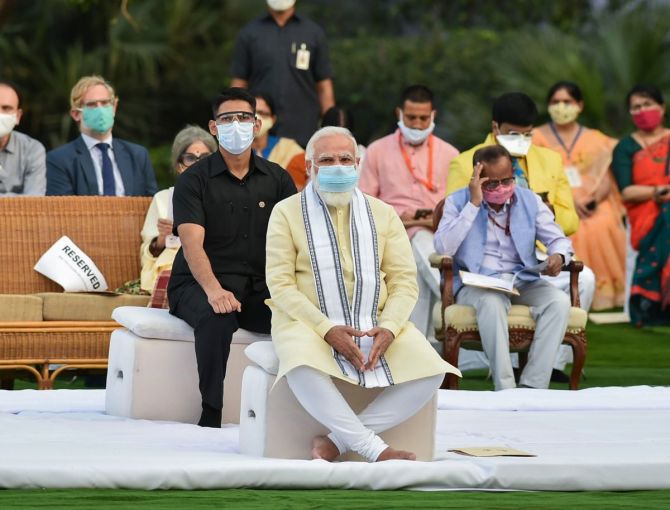 On Gandhi Jayanti, she also invoked the Father of the Nation, to assail the government which, she claimed, swears by his name but demolishes his ideals through its actions.

The Congress leader also accused the Centre of having weakened laws like Mahatma Gandhi National Rural Employment Guarantee Act and Right to Information (RTI) Act which her party's government had enacted to protect the interests of common people.

"Some people swear by Gandhi ji's name but demolish his ideals and principles through their actions. Anarchy, atrocity and mistreatment prevail everywhere. An environment of discrimination has been created in the society where atrocities are being inflicted on innocent people," she said.

She was virtually addressing a 'Gandhi Chetna Rally' at Congress party office in Motihari, the headquarters of East Champaran district in Bihar, to mark the birth anniversary of Mahatma Gandhi.

It was in Champaran where Gandhi had experimented with 'Satyagraha' for the first time in India. It would later become his most potent weapon in the fight against the British rule.

"Enough is enough. I would like to say that some people are running the government by creating an atmosphere of emotion, confusion and fear (bhavna, bhram aur bhay). You  (people) need to remain alert and cautious and take the right decisions," she said.

"We have to fight it out together and that will be our real tribute to Gandhi ji."

The Congress leader also unveiled a life-size statue of the Mahatma, and asserted his ideals are the 'soul and spirit' of her party.

In her speech, which many saw as the launch of her party's campaign for the Bihar elections, the process of which has already started, Sonia Gandhi said the common man was always at the centre of Congress's welfare programmes.

"But whenever the Congress tries to work for the development of the poor, certain forces stand up against the party for their vested interest," she alleged.

She said the Modi government first ridiculed the MNREGA, the United Progressive Alliance government's rural livelihood scheme, but later continued with it.

"Just imagine what could have happened if there was no MNREGA during the COVID pandemic? People in large numbers would have starved," she asserted.

She also drew a parallel between the times when Mahatma Gandhi launched Champaran Satyagraha for the farmers, who were being forced by the British to grow indigo, and now when agriculturists were up in arms against the new farm laws.

"A handful of people are getting richer, while millions are losing their livelihood," she said.

The Congress leader said lakhs of youth were losing jobs as small industries were closing down and big public sector undertakings being privatised.

The RTI Act introduced by the previous Congress government for bringing in greater transparency in governance has been diluted, she alleged.

"You keep asking questions through RTI but will not get suitable replies," she said.

She said several laws enacted by the UPA governments for the welfare of women, workers, the health and education sectors, have been 'weakened'.

"The weakening of these laws has deprived people of their rights," she asserted. 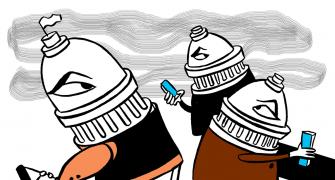