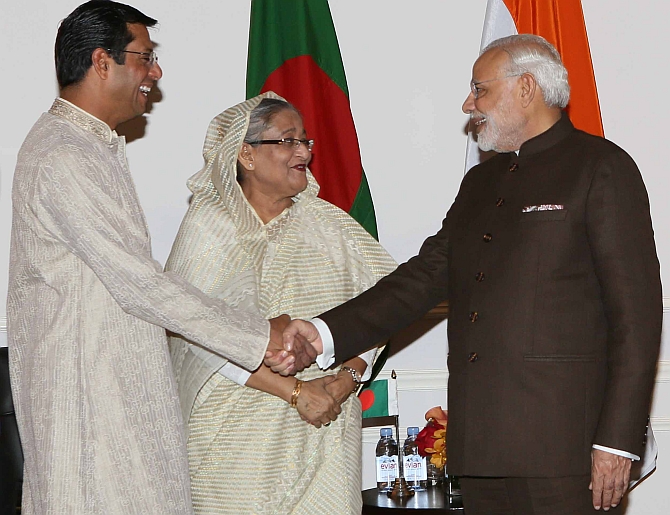 This is the third meeting between the two leaders in the recent months and came against the backdrop of settlement of the land boundary question.

"After the business meeting, meeting with a neighbour and valued friend...," the PMO tweeted along with a photograph of the two leaders shaking hands.

Modi had visited Dhaka in June this year during which the two countries signed the historic Land Boundary Agreement to finally put an end to the 41-year-old border dispute.

Modi had then also announced a fresh $2 billion line of credit for Bangladesh and promised quick implementation of the earlier line of credit of $800 million and the full disbursement of $200 million on the first day of his tour to the eastern neighbour.