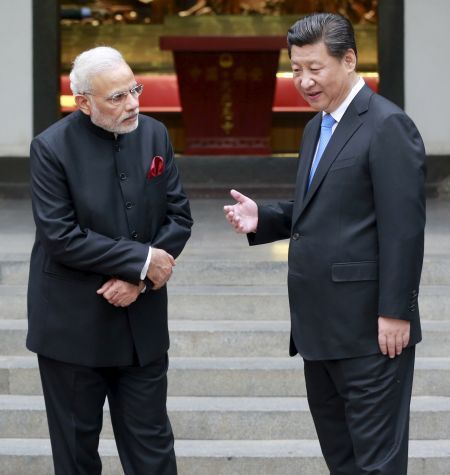 Refusing to share in the euphoria of ally Bharatiya Janata Party over Prime Minister Narendra Modi's China visit, Shiv Sena on Monday accused the neighbouring country of pursuing a policy of "hugging from the front and stabbing from behind".

"Our experience has shown that China believes in hugging from the front and stabbing from behind. On one hand they gave a grand welcome to Prime Minister Modi during his visit to China, and on the other, wiped off Kashmir and Arunachal Pradesh from India's map," said an editorial in the Sena mouthpiece Saamana.

Reporting on the Indian prime minister's visit, China's state-owned television, CCTV, showed an India map without Jammu and Kashmir and Arunachal Pradesh as part of its territory.

Sena said India needs to realise that this act shows China will not mend its ways as far as the issue of its using India maps excluding Arunachal Pradesh and Kashmir was concerned.

Sena further said that not only does China claim Arunachal Pradesh to be a part of its territory it also supports Pakistan on the issue of Jammu and Kashmir.

"Would the Chinese people have tolerated India excluding Tibet from the Chinese map when their President (Xi Jinping) visited India? We cannot show the same courage against Chinese with regard to Tibet," Sena said.

Holding that Pakistan was supported by China to provoke India, the party said Modi should have made it clear to Xi Jinping that India will stop Pakistan's antics if China fails to do so.

"Pakistan is supported by China. The Chinese provide the country with arms and ammunition, nuclear weapons and money. Except terrorism, Pakistan does not have anything of its own and has to rely on China for everything," it said.

"In 1962, while India was busy with the slogan Hindi-Chini bhai bhai, the Chinese suddenly attacked us in which we had to face defeat and lose lakhs of hectares of land. Even today, China has its eyes on Siachen," Sena said.

Modi had reached China on May 14 on a three-day visit during which the two countries agreed, among other things, to seek at the earliest a "political" solution to the border dispute. 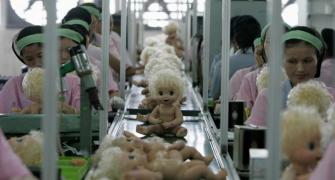