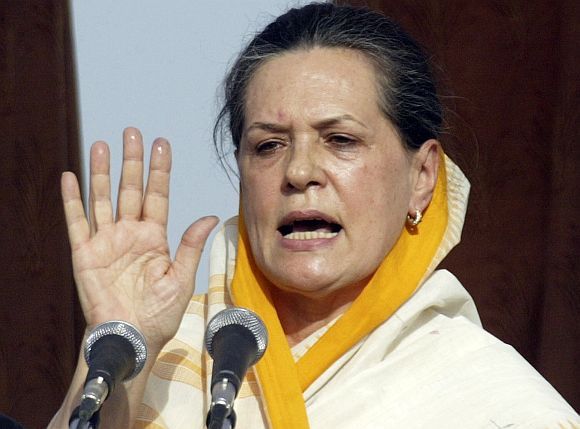 She added that the Centre may "achieve its aims" through majority, but in the process, it would be disempowering each and every citizen of our country.

"It is a matter of utmost concern that the central government is hell-bent on completely subverting the historic Right to Information (RTI) Act, 2005. This law, prepared after widespread consultations and passed unanimously by Parliament, now stands on the brink of extinction," Sonia Gandhi said in a statement.

"Over the past decade and more, 60 lakh of our countrymen and women have used RTI and helped usher in a new culture of transparency and accountability administration at all levels. The foundations of our democracy have, as a result, been strengthened immeasurably. The weaker sections of society have benefited greatly by the proactive use of RTI by activists and others," she added. 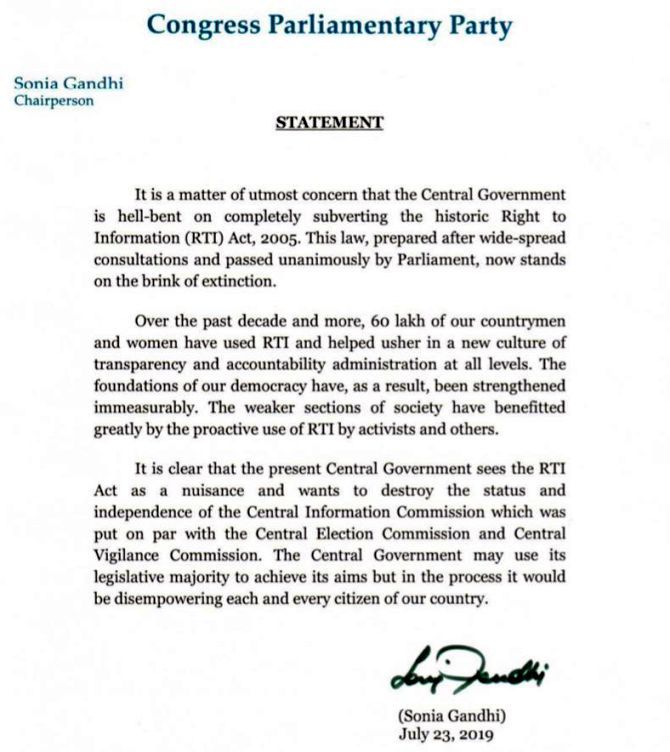 She went on to add, "It is clear that the present central government sees the RTI Act as a nuisance and wants to destroy the status and independence of the Central Information Commission which was put on par with the Central Election Commission and Central Vigilance Commission. The central government may use its legislative majority to achieve its aims but in the process it would be disempowering each and every citizen of our country."

The Opposition slammed the measure as diluting the provisions of the legislation.

The Right to Information (Amendment) Bill, 2019 was passed with 218 members voting in its favour and 79 against it after a reply by Minister of State for Personnel, Public Grievances and Pensions, Jitendra Singh.

Congress and other opposition parties also staged a walkout after division.