Prime Minister Narendra Modi on Sunday visited the famous Trevi Fountain here along with other world leaders on the sidelines of the G20 summit. 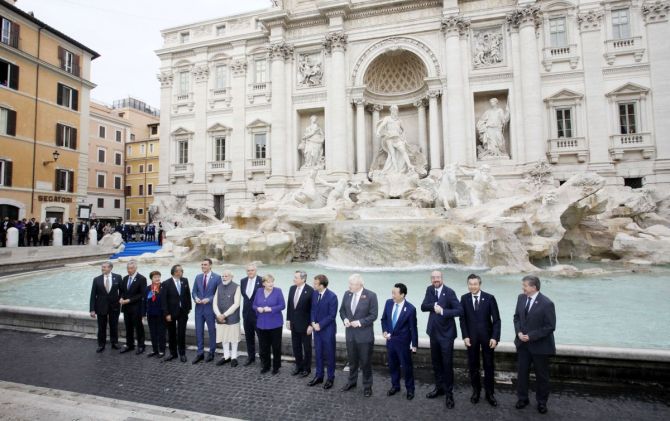 The fountain is one of the most visited monuments of Italy and is loved by tourists.

The historical fountain has drawn many filmmakers to it who have popularised the Baroque art-styled monument as the epitome of a place of romance.

'#G20 Heads of Delegation start the 2nd day of the #G20RomeSummit with a walk to a symbolic place of the city: Trevi Fountain, one of the world's most beautiful fountains and famous for the traditional coin toss. #G20Italy,' G20 Italy tweeted on Sunday.

Standing 26.3 metres high and 49.15 metres wide, it is the largest Baroque fountain in the city and one of the most famous fountains in the world.

The delegation also threw a coin from over their shoulder in the fountain, according to a video released by the G20 Italy.

It is believed that if you throw a coin over your shoulder into the water of the fountain, you will be sure to return to Rome.

After visiting the famous fountain, Modi will attend a bilateral meeting with the Spanish Prime Minister, Pedro Sanchez. He will also attend a session on Sustainable Development and an event on 'Supply Chain Resilience'. 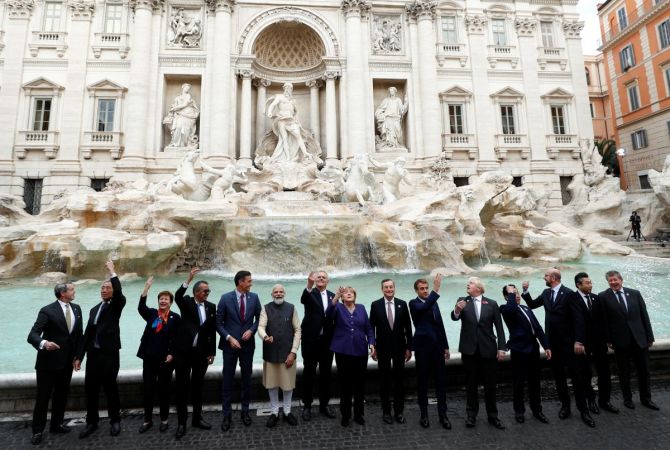 IMAGE: G20 leaders toss a coin into Rome's iconic Trevi Fountain on the sidelines of the G20 summit in Rome, on October 31, 2021. Photograph: Guglielmo Mangiapane/Reuters

The prime minister is participating in the G20 Summit in Rome from October 30- 31 at the invitation of Italian Prime Minister Mario Draghi.

Italy has been holding the presidency of the G20 since December last year.

The forum has met every year since 1999 and includes, since 2008, a yearly summit, with the participation of the respective heads of state and government.

The Rome summit will be attended by heads of state and government of G20 member countries, the European Union, and other invited countries and several international organisations.

The summit will be centred around the theme 'People, Planet, Prosperity, focussing on the areas of recovery from the pandemic and strengthening of global health governance.

From Rome, Modi will travel to Glasgow on Sunday to attend the World Leader's summit of the 26th Conference of Parties (COP-26) to the United Nations Framework Convention on Climate Change (UNFCCC).