Modi calls for 'fulfilment of all' instead of 'appeasement' politics

Giving a clarion call to Bharatiya Janata Party workers to make India "shreshtha" (great), Prime Minister Narendra Modi asserted on Sunday that the party's goal should be "fulfilment of all" as against the opposition's politics of appeasement. 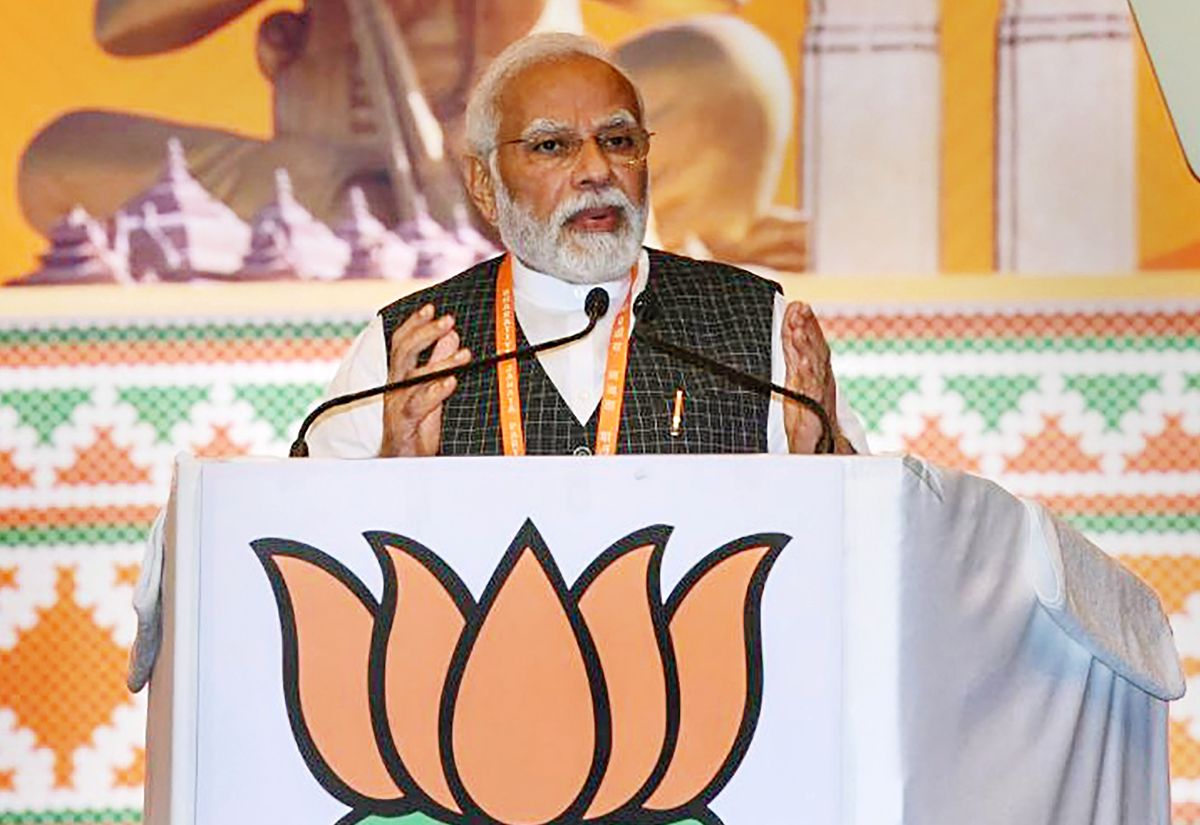 Addressing the BJP national executive meeting in Hyderabad, Prime Minister Modi also said the country was fed up with dynastic politics and dynastic political parties and added that it would be difficult for such parties to survive long.

At a press conference, senior party leader Ravi Shankar Prasad referred to various points raised by the prime minister in his speech.

He outlined the evolution of the BJP and explained "the duty we owe to the country and its people".

Referring to Hyderabad as "Bhagyanagar", Modi said Sardar Vallabhbhai Patel laid the foundation of "Ek Bharat" (United India) by integrating the region into the Union and it is the BJP's historical obligation to build 'Shreshtha Bharat'.

Without naming anyone, Modi said the parties which ruled India for long are in terminal decline now. "We should not mock them but learn from their mistakes," Prasad quoted Modi as having told the gathering.

The prime minister also hit back at opposition parties for questioning the BJP's democratic credentials and asked what is the status of democracy within their organisations.

Modi asked BJP workers to undertake a 'Sneh Yatra' and reach out to all sections of society.