In the backdrop of violence that took place inside the Jawaharlal Nehru University campus on Sunday, JNU Students Union has demanded the resignation of Vice-Chancellor Mamidala Jagadesh Kumar. 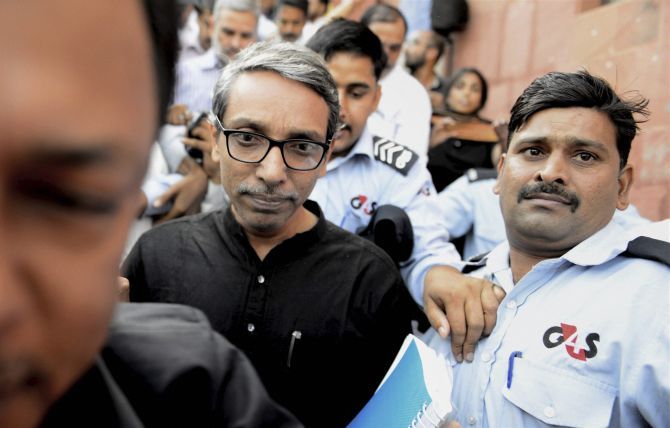 Earlier on Sunday evening, more than 26 students of the university, including JNUSU president Aishe Ghosh, were injured and were taken to the AIIMS Trauma Centre after a masked mob entered JNU and attacked them and professors with sticks and rods.

"This Vice-Chancellor is a cowardly vice-chancellor who introduces illegal policies through the backdoor, runs away from the questions of students or teachers and then manufactures a situation to demonise JNU," said a statement from JNUSU.

"For nearly seventy days now, the students of JNU have been fighting a courageous battle to save their university from the clutches of privatisation and greed. The VC is adamant that by sending a message that a fee hike has happened in JNU, he can prove that accessible education is not possible," it added.

The JNUSU holds the Vice-Chancellor responsible for the violence.

"He is using henchmen to perpetrate violence on students and vandalise the university," said JNUSU.

"The JNU community has a single point of demand. That either this VC resign or the human resource development ministry as the competent authority remove him! Those who are trying to malign and destroy this university will not succeed," demanded JNUSU. 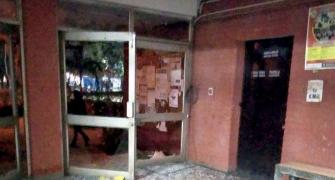 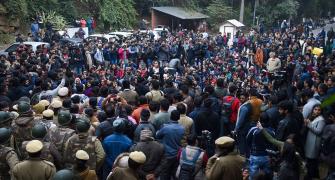 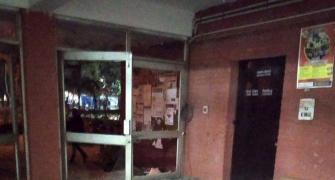 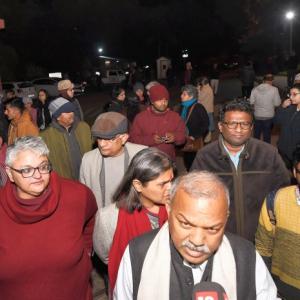 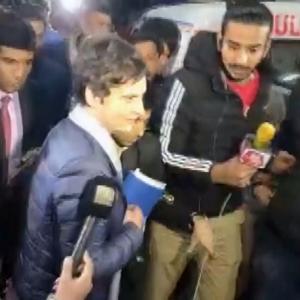