Source: PTI
April 24, 2012 16:46 IST
Mufti Shameem Kazmi, a key Team Anna member who was expelled from the group for allegedly recording secretly the proceedings of a core committee meeting, on Tuesday said the charges against him were "fabricated".

"I don't know the functions of a mobile phone so how can I record the proceedings of the meeting," he told reporters in Bijnor, Uttar Pradesh.

He alleged some people in the committee were trying to achieve their political ambition in the name of drive against corruption and "they could not digest my close proximity to social activist Anna Hazare, my recent meeting with UP Chief Minister Akhilesh Yadav and my soaring popularity. So they fabricated the charges against me".

Kazmi claimed the fund collected under Public Cause Research Foundation, meant for strengthening the Lokpal movement, was misused. He said during the core committee meeting, Anna hadexpressed his unhappiness over the apparent campaigning by some of Team Anna members to enter into politics in Himachal Pradesh and irregularities in the auditing and accounting of the funds.

Meanwhile, Manish Sisodia, another key member of the Anna-led core committee, said political interests had used activists like Agnivesh and Mufti to weaken their movement against corruption.

In reference to the Mufti's statement regarding his ignorance about mobile phone functions, Sishodia said it is hard to believe that the person who had sent him SMSes in the past, could not operate mobile phone.

Kazmi stormed out of the meeting presided by Anna and announced his resignation to the media outside the venue. "He was caught red-handed," prominent Team Anna member Arvind Kejriwal had told reporters.

The meeting was called to discuss the anti-corruption movement's future course of action against the backdrop of growing unease in Team Anna over the "one-up manship" of yoga guru Ramdev, with whom they had stitched an alliance to fight for the cause.

Team Anna had sought to put the blame on all news leaks on the deliberations of its previous meetings to Kazmi and said they were astonished earlier how media was getting details of the meetings while it was underway.

Source: PTI© Copyright 2022 PTI. All rights reserved. Republication or redistribution of PTI content, including by framing or similar means, is expressly prohibited without the prior written consent.
Related News: Team Anna, Mufti Kazmi, Anna Hazare, Akhilesh Yadav, Arvind Kejriwal
Print this article
What rift are you talking about: Hazare on Kazmi row 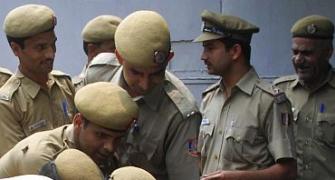 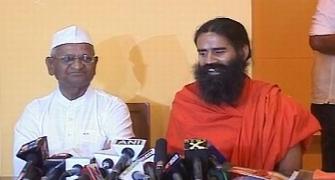 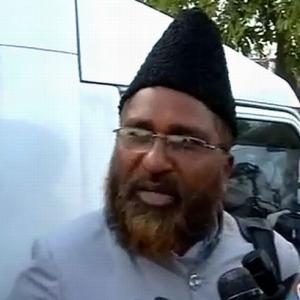