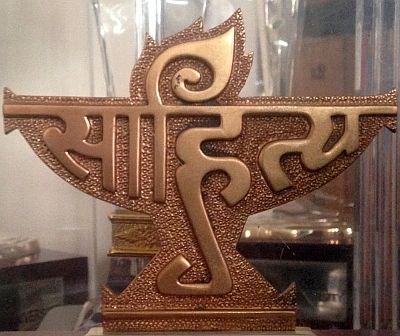 Playwright and novelist Cyrus Mistry's English novel Chronicle of a Corpse Bearer and K R Meera's Aarachar in Malayalam are among the works that have won the prestigious Sahitya Akademi award for this year.

The two works of fiction are among the four novels and six books, each of short stories and poetry, two books each of essays, criticism and plays and one of memoirs, that have won, the literary body said in New Delhi on Thursday.

"The awards were recommended by distinguished jury members representing 23 Indian languages and approved by the Executive Board of the Akademi which met today under the Chairmanship of President, Vishwanath Prasad Tiwari," Akademi's Secretary K Sreenivasarao said.

The award comprising an engraved plaque, a shawl and a cheque of Rs 1 lakh will be presented to the writers at a function on February 16 next year during Festival of Letters, the annual festival of the Akademi.

The award in Bengali is to be announced at a later date.

The Akademi also announced Bhasha Samman to writer and scholar Shrikant Bahulkar in recognition of his contribution to classical and medieval literature (western region).

The announcement of the awards comes in the backdrop of 39 writers returning their awards in protest against the Akademi's alleged silence on the murder of fellow writer and Sahitya Akademi board member M M Kalburgi as well as against the growing "communal atmosphere" following the Dadri lynching incident.

"We have received cheques by 35 authors but the Akademi has decided not to deposit the cheques to establish its refusal to accept the return of awards," Rao said.

About the remaining four authors, the Akademi said Bengali Sahitya Puraskar winner Mandakranta Sen had approached it for its account details in order to return her prize money, but the Akademi did not divulge details.

"Yuva Puraskar awardee Aman Sethi had come down to the Akademi office here to return the cheque, but the Akademi did not accept it," Rao said.

The secretary said, "No institute thinks about taking back awards while conferring them. If they do, then there is no point of giving them awards in the first place. Giving awards is a celebration."

Five writers including poet and Executive Board member K Satchidanandan had stepped down from official position of the Akademi during the campaign.

"The decision to step down is an individual decision. We have never politicised anything here. There is no space for any political involvement in the Akademi," Rao said.

The Akademi had in an emergency meet held on October 23 passed a unanimous resolution condemning the killing of Kalburgi and appealed to central and state governments to take steps to prevent such incidents in the future.

Jaswinder Singh has been awarded for his Punjabi novel "Maat Lok" and Madhu Acharya 'Ashawadi' for the Rajasthani fiction "Gawaad".

Meanwhile, the Akademi on Wednesday announced that its annual lecture on February 17 will be delivered by author and former acting chief justice of Bombay High Court Chandrasekhar Dharmadhikari.

The topic of the National Seminar to be delivered at the Festival of Letters was also announced as 'Gandhi, Ambedkar, Nehru: Continuities and Discontinuities'.