Union minister Giriraj Singh on Thursday stoked a fresh controversy alleging that children who study in missionary schools lack "sanskaar" and end up in practices like "beef-eating" when they go abroad. 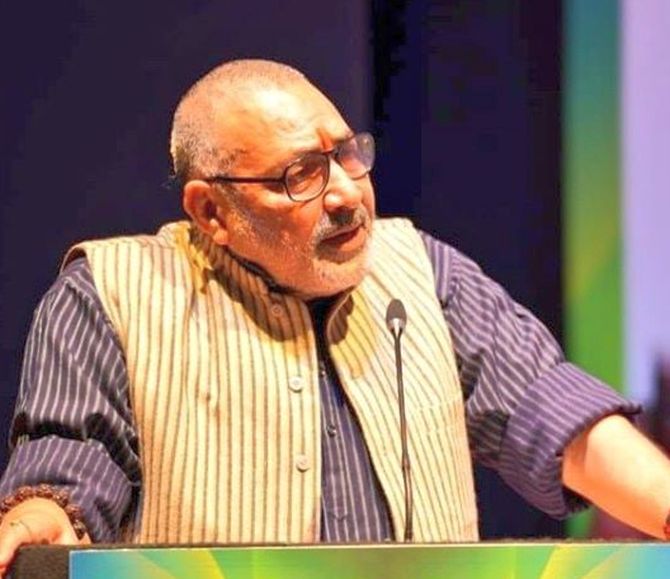 Addressing a religious function at his Lok Sabha constituency in Bihar's Begusarai, the firebrand Bharatiya Janata Party leader also advocated, as an antidote, teaching of "shlokas" of Bhagvad Gita and the verses of Hanuman Chalisa at private schools.

"I would like to say to people present here, this practice should start from the private schools since at government-run ones, we run the risk of inviting accusations of imposing the bhagwa (saffron) agenda", Singh said.

At private schools, students should be taught shlokas of Bhagvad Gita and Hanuman Chalisa.

"I say this because it has been seen that at schools run by missionaries, children from well-off families excel academically, go on to have successful careers, but when they go abroad they eat beef. Why so? This is because we have not inculcated sanskaar into them", the Union minister said.

"We are often accused of being radicals. Our culture is that of generosity. We feed ants with sugar and serpents with milk. It is another thing that sometime the serpents end up intimidating us", the BJP leader known for his copious use of innuendoes, said.

Singh also addressed a press conference in support of the Citizenship Amendment Act where he equated protests against the contentious legislation with Pakistan-sponsored "Ghazwa-e-Hind" (holy war against India) and lambasted opposition parties like the Congress and West Bengal chief minister Mamata Banerjee for their strident criticism of the new law.

He dared the Congress to come out and openly proclaim that it supports granting citizenship to all illegal immigrants from Bangladesh and the Rohingyas from Myanmar.

He said this referring to the opposition partys contention that the CAA which proposes to grant citizenship to non-Muslim refugees from Bangladesh, Pakistan and Afghanistan discriminated against people on the basis of
religion.

The Union minister also deplored the recent instance of "durvyavahar" (misbehavior) with Arif Mohammad Khan governor of Kerala, who was heckled by acclaimed historian Irfan Habib at a public function where Khan had sought to defend CAA.

"All these things are part of Pakistans Ghazwa-e-Hind, aimed at weakening India. CAA is just an excuse. It is an instance of kahin pe nigahen, kahin pe nishana", said the BJP leader, borrowing from the opening lines of an old Bollywood number that speaks about ones gaze and attention being in different directions.

He also came down heavily on Mamata Banerjee for her party attacking the BJP-led government at the Centre over rejection of West Bengal's tableau proposal for Republic Day parade allegedly for protesting the amended Citizenship Act.

"What does she mean when she says she does not accept CAA? It is a central law, binding upon all parts of the country", the volatile leader, known for wearing his Hindutva hardline on his sleeves, fumed. 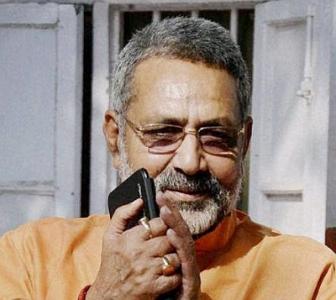 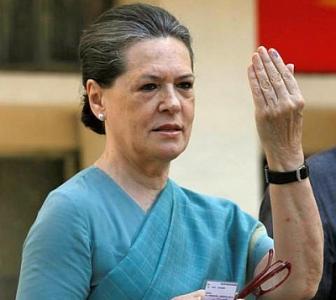 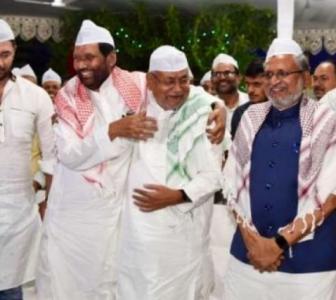 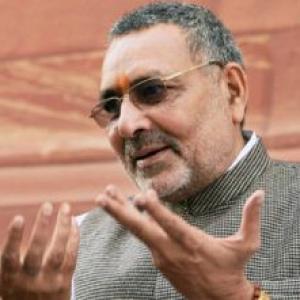