Chief of Defence Staff General Bipin Rawat on Monday stated that India has "military options" to deal with the Chinese on the issue of transgressions if talks between both the countries at the military and diplomatic level don't yield any results. 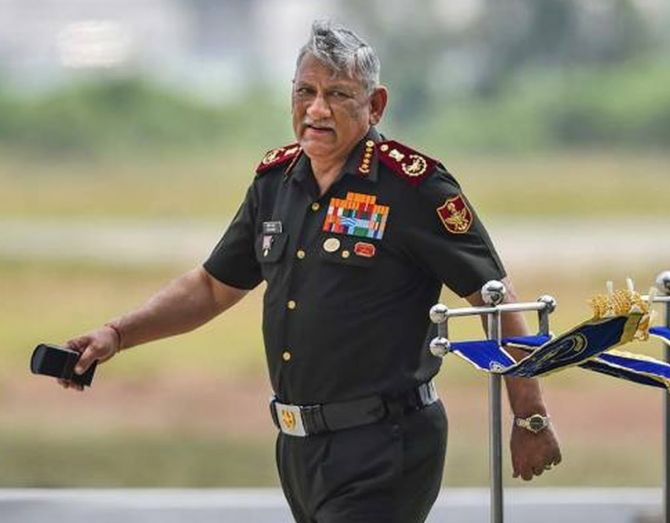 "The military option to deal with transgressions by the Chinese Army in Ladakh are on but it will be exercised only if talks at the military and the diplomatic level fail," Rawat said here on the ongoing dispute between India and China in Eastern Ladakh.

India and China are engaged in a standoff since April-May over the transgressions by the Chinese Army in multiple areas including Finger area, Galwan valley, Hot springs and Kongrung nala.

The talks between the two sides have been going on for the last three months including five Lieutenant General-level talks but have failed to yield any results, so far.

The CDS, however, refused to discuss in detail the military options that India could exercise to push back the transgressions by the Chinese Army in Ladakh sector.

The Chinese Army has refused to withdraw or disengage completely from the Finger area and seems to be buying time to delay its disengagement from there.

While efforts are underway to resolve the ongoing border dispute, India has rejected the Chinese suggestion to disengage equidistantly from the Finger area in Eastern Ladakh.