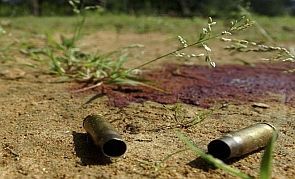 The militants opened fire at a road opening party of the 86th CRPF battalion when the paramilitary forces were patrolling Imphal-Jiribam- Silchar-National Highway 37 at Noney, about 47 km west of Imphal.

On hearing gunshots, Assam Rifles personnel of the 10th battalion rushed to the spot and launched a manhunt, but no arrest was made, the police said.

On June 24 last, there was a heavy exchange of fire between Assam Rifles personnel and suspected militants of National Socialist Council of Nagaland- Khaplang faction at the same spot during which six militants were killed.