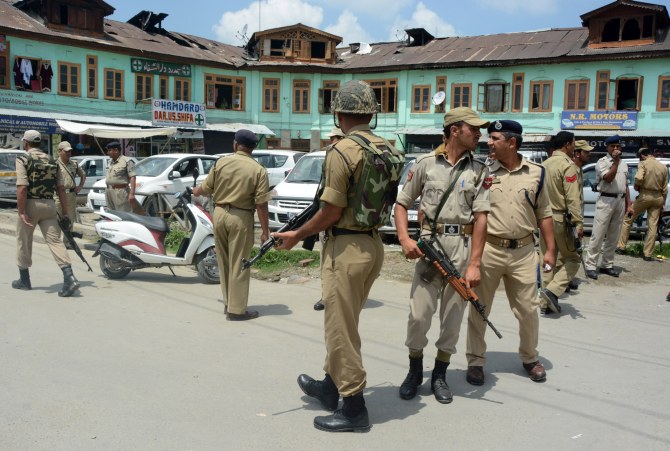 Security personnel cordon off the site of blasts at Karan Nagar in Srinagar. All photographs: Umar Ganie/Rediff.com

Suspected militants on Friday carried out a series of grenade attacks in Srinagar, targeting yet again the telecom providers, and injuring one person.

In the first attack, two unidentified youth entered the office of Aircel at Karan Nagar, located less than 300 metres from Zonal Police Headquarters, at around 11.30 am and asked the staffers to leave, the police said. 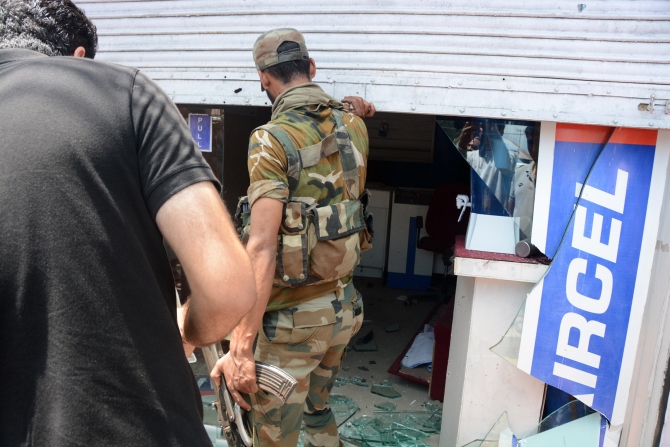 "The militants then hurled a grenade inside the premises and fled from the place," a police official said. About 500 metres away from this spot, the second attack was carried in a similar fashion with Vodafone showroom being the target.

There were no injuries in the two incidents that shook the area, prompting the police to issue an alert for the assailants. 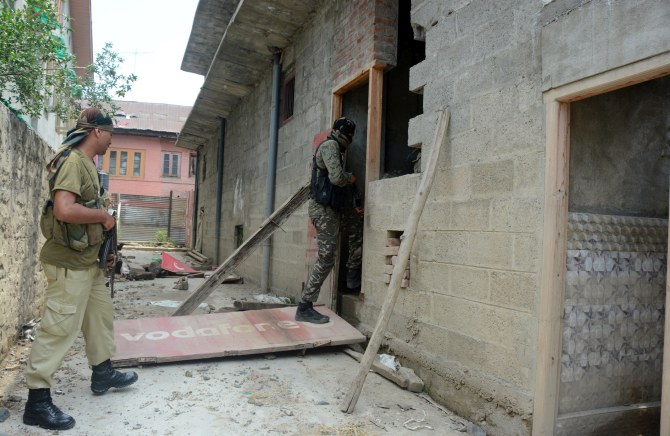 A few hours later, another attack was carried out in Shaheedgunj area of the city with a grenade being hurled at a BSNL tower, resulting in injuries to a migrant labourer.

The attack on the BSNL tower at 3 pm took place less than a kilometre away from the scene of the earlier two incidents. The labourer Mohammad Bhai, working in the neighbouring house, sustained splinter injuries in the blast, a police officer said. 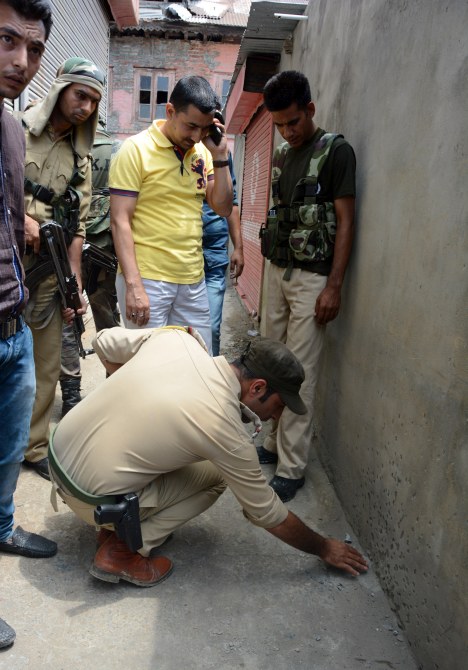 He was admitted to SMHS hospital for treatment. Friday’s attacks on mobile telecommunication facilities in Kashmir came after a lull of nearly two months. 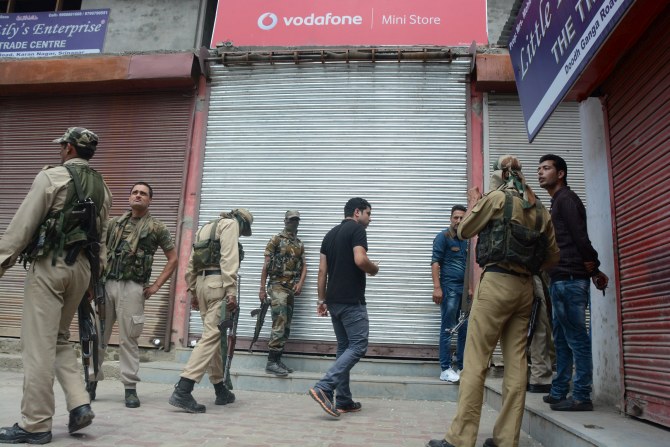 About two months ago, militants had targeted mobile telecommunication facilities in north Kashmir Sopore town by carrying out grenade attacks and later killing two persons associated with the telecom trade.

The attacks later spread to nearby Pattan town before militants carried out similar strikes on mobile installations in the city.