China on Wednesday expelled three Wall Street Journal correspondents, the largest expulsion of overseas media personnel from the country in more than three decades, after the newspaper declined to apologise for a column which Beijing criticised as "racist" and tarnishing its efforts to combat the deadly coronavirus epidemic. 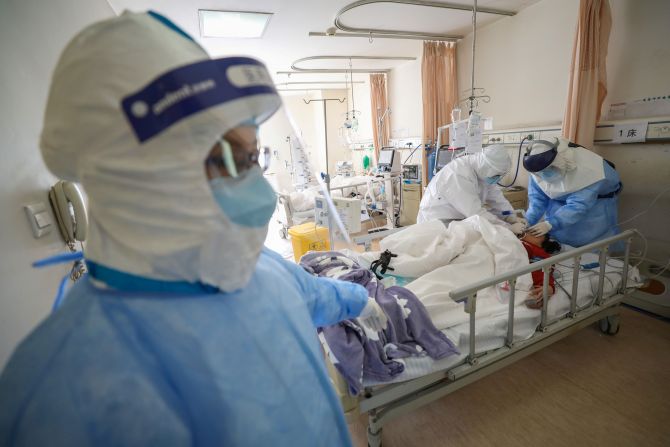 Chinese foreign ministry spokesman Geng Shuang said China made repeated representations to the US newspaper over the opinion piece which had the headline: ‘China is the real sick man of Asia’, but regretted that it had not offered a public apology.

The move comes less than one day after United States officials announced they would be treating five major Chinese State-run media companies as effective extensions of the Chinese government.

Without directly linking the expulsions to the US move, Geng said China has decided to revoke the “press cards” (accreditation) of three WSJ journalists as the daily has not apologised to “racist headline” it carried recently.

"On February 3, the Wall Street Journal published an article titled ‘China Is the Real Sick Man of Asia’ by Professor Walter Russell Mead of the Bard College, which smears the efforts of the Chinese government and people on fighting the epidemic”.

The death toll from the coronavirus epidemic in China crossed the 2,000-mark on Wednesday with the death of 136 more people, while the overall confirmed cases climbed to 74,185, according Chinese health authorities.

Earlier, the Chinese foreign ministry asked the WSJ to apologise for the article.

"The editors (of WSJ) used such a racially discriminatory title, triggering indignation and condemnation among the Chinese people and the international community," Geng said.

"The Chinese side has lodged stern representations (protest) with the WSJ and made our solemn position clear. China demands the WSJ recognise the severity of its mistake, make an official apology and hold the persons involved accountable. Meanwhile, we reserve the right to take further actions,” he said.

"The Chinese people do not welcome those media that speak racially discriminatory languages and maliciously slander and attack China. As such, it is decided that from today, the press cards of three WSJ journalists will be revoked," he said.

The Wall Street Journal said its deputy bureau chief Josh Chin and reporters Chao Deng and Philip Wen had been given five days to leave the country.

The Foreign Correspondents’ Club of China (FCCC) in a statement expressed deep concern and strong condemnation over China's decision to cancel the visas of three WSJ journalists.

"The action taken against WSJ correspondents is an extreme and obvious attempt by the Chinese authorities to intimidate foreign news organisations by taking retribution against their China-based correspondents,” it said.

Simultaneously revoking press credentials of three correspondents is an unprecedented form of retaliation against foreign journalists in China. China has not outright expelled a foreign correspondent since 1998, the FCCC said.

The FCCC is now aware of nine journalists either expelled or effectively expelled (through non-renewal of visas) from China since 2013. China has evicted fair and talented journalists who have worked hard to bring unbiased, informative reports to their audiences and to understand China, it said.

"FCCC member correspondents and their colleagues in China are suffering from an increasing frequency of harassment, surveillance and intimidation from authorities. The expulsion of these three WSJ reporters is only the latest, and most alarming, measure authorities have taken," it said.