Activist Rahul Easwar, who has been leading a protest against entry of women in Sabarimala temple, has been accused by an anonymous person of sexually harassing her 15 years ago, but he dismissed the charge as “politically motivated” and said such “fake allegations” would destroy the credibility of the #MeToo campaign.

A Facebook post under the page titled “Inji Pennu” (ginger girl) carried a purported first person account of the experience of the woman, identified as a well known artist, when she was in 12th standard in 2003-04.

The entire post was earlier available for public view but later it could not be accessed.

The victim alleged that Easwar, now President of Ayyappa Darma Sena, misbehaved with her and tried to touch and kiss her when she went to his residence.

The woman said she befriended Easwar and was invited by him to his house saying his mother also would be there. However, on reaching the premises, she realised they were alone and that was when he allegedly tried to misbehave with her.

“I didn’t know how to respond in the beginning as I felt trapped in the house. But then I moved away and said no. He backed off. Then again he tried it multiple times until I overcame my fear and forced myself to leave,” according to the Facebook post.

“I want to say this today, as I see him everywhere now and these memories came rushing back on how he used to be. I strongly doubt his beliefs and words. Is he sincere and means all that he is saying now? In that case his actions were opposite to that back in those days,” according to the post.

Easwar, arrested on Sunday for his alleged provocative statement related to the entry of women into the Lord Ayyappa temple at Sabarimala and released on bail later, claimed the charges were part of an “ultra feminist conspiracy”.

In a Facebook video Monday, he said though he respected the #MeToo movement, such “fake allegations” would destroy its credibility.

Easwar claimed the allegation was a mere attack from people opposed to his ideology and meant for “political manipulation”, and added “I dismiss it”.

The activist, who belongs to the Thazhamon family of Sabarimala tantris (head priests), said his grandmother, mother and wife would speak to the media about the allegation.

Easwar pointed to the sexual harassment allegations faced by veteran Bollywood actor Jitendra over an incident 47 years ago.

Now someone had raised an allegation which was 15 years old, he said adding it was a mere attack from people who were opposing his ideology. 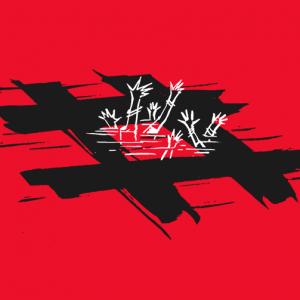