United States' future First Lady Melania Trump and son Barron will not move to the White House immediately after President-elect Donald Trump's inauguration in January with both the parents wary of pulling their child out in the middle of school year. 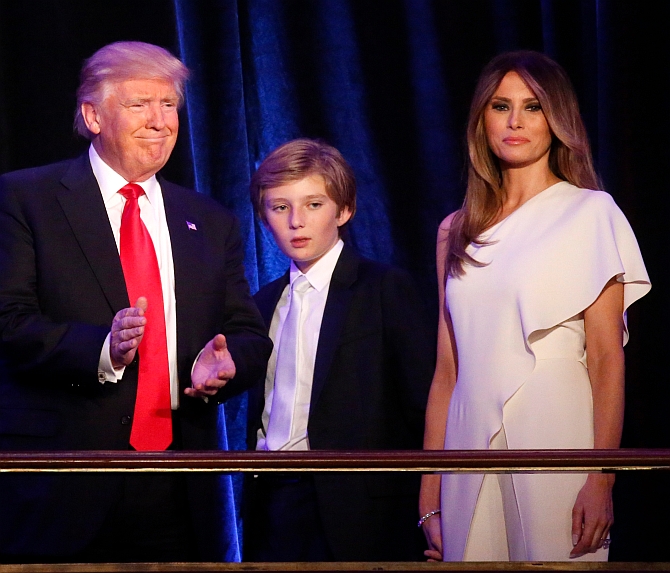 "There's obviously sensitivity to pulling their 10-year-old out of school in the middle of the school year. A more formal statement will be coming in the future," transition team communications director Jason Miller told media persons.

His remarks came in response to a New York Post report, which citing sources, said the President-elect's 46-year-old wife and their son will stay put at the family's glitzy Trump Tower penthouse so that Barron can continue attending his Upper West Side private school.

"Melania is extremely close to Barron, and they have become closer during the campaign," a source close to Trump's transition team was quoted as saying.

"The campaign has been difficult for Barron, and she is really hoping to keep disruption to a minimum," the source said.

Asked if he was planning on moving into the presidential residence, Trump, while speaking to reporters in New Jersey, said "yes, White House".

When asked whether his wife and son would be joining him there, Trump said, "Very soon. After he's finished with school."

Trump will be sworn in as President on January 20.

Another source quoted by The Post said Melania will travel to the White House as needed, but that her primary focus is on Barron.

"Melania is very supportive of her husband and is fully on board of doing everything that's needed as first lady," the second source was quoted as saying.

The source said there is a possibility that Melania and Barron may move to the White House at the end of the school year, but no plans are in place.

"She is really devoted to Barron," the daily quoted a source close to the family as saying.

Melania has not relied on nannies to raise the child and is frequently seen picking the fourth-grader up from his prep school, where tuition is over USD 40,000, the report said.

The decision to remain in their Midtown home will increase the security presence around Trump Tower -- an effort that will involve both Secret Service and the NYPD, an expert familiar with high-level security said.

Strict security measures around Trump Tower will remain in place, with two of the five lanes on Fifth Avenue closed because of barriers, said officials at a joint NYPD, Secret Service and City Hall news conference on Friday. 'This is not the apocalypse': Obama to White House staffers on Trump win 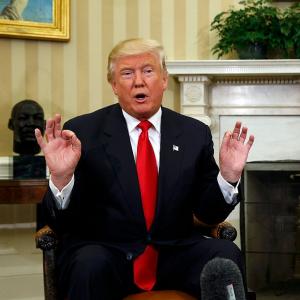