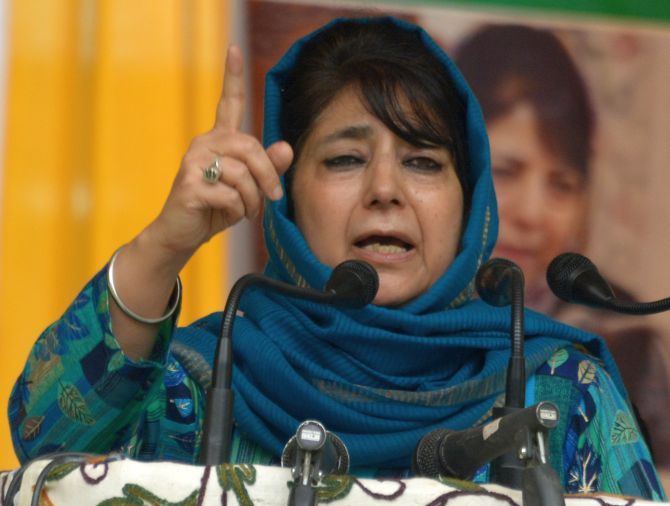 The notice comes days after Malik, who is now the governor of Meghalaya, allegedly said Mehbooba Mufti was a beneficiary of the now-abandoned Roshni scheme which aimed to grant proprietary rights to occupants of state land for charges.

"Although no amount of money can compensate my client for the loss of reputation and good name which has been caused by your aforesaid conduct, yet my client has decided to sue you for compensation," Mehbooba's counsel Anil Sethi wrote in the legal notice.

The notice asked Malik to pay Rs 10 crore within 30 days as compensation or face legal proceedings.

It said the compensation money will not be used by Mehbooba for any personal gains but for public good.

Earlier on Wednesday, Mehbooba had asked Malik, who was the last governor of Jammu and Kashmir before it was bifurcated, to withdraw his comments.

"False & unsavoury utterances of Satya Pal Malik about me being a beneficiary of Roshni Act is highly mischievous. My legal team is preparing to sue him.

"He has the option to withdraw his comments failing which I will pursue legal recourse," Mehbooba said in a tweet two days ago.

Mehbooba shared a video in which Malik is seen claiming that National Conference leader Farooq Abdullah, his son Omar Abdullah and the PDP chief Mehbooba Mufti got land plots under the Roshni scheme.

The Roshni Act was brought in by the Farooq Abdullah government with the aim of granting proprietary rights to occupants of state land in lieu of charges. The money thus generated was to be used for setting up hydro-power plants in the state.

However, the scheme was disbanded after the Jammu and Kashmir High Court declared it illegal and directed the CBI to investigate the beneficiaries of the scheme. 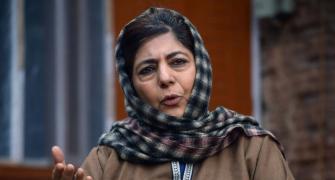 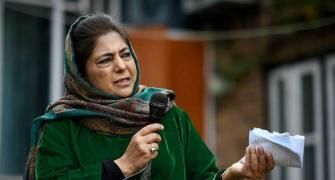 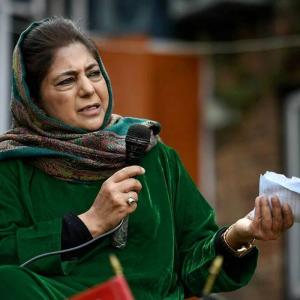