The Indian Navy on Monday detected the highly decomposed body of another miner, the fourth of the 15 miners trapped inside a 370-foot-deep illegal rat-hole coal mine in Meghalaya’s East Jaintia Hills district for over two months, officials said. 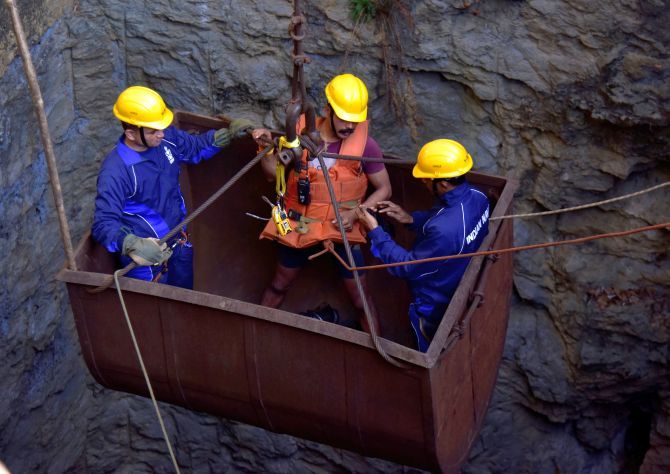 Navy teams were using a remotely operated underwater vehicle to retrieve the third body, detected on Sunday. They, however, said retrieving the bodies might disintegrate them.

At least 15 miners were trapped deep inside the illegal coal pit, owned by a person identified by authorities as Krip Chulet, since December 13.

After 75 days, only one body could be retrieved intact.

“The fourth body was found at 230ft in general area where the third body was found. It is located about 20 feet away from the pulley cart used to transport the dug-out coal,” operation spokesperson R Susngi said.

He said the body was found on the deck and negatively buoyant and efforts are on to retrieve it.

The district official said navy teams were trying their best to retrieve the body parts of the miner detected by ROV about 170 feet from the bottom.

Apart from the Indian Navy, the army, the National Disaster Response Force and the state’s agencies are engaged in the operations that begun hours after the accident took place on December 13 morning.