Meghalaya: Conrad Sangma to be CM with support of 34 MLAs, says BJP 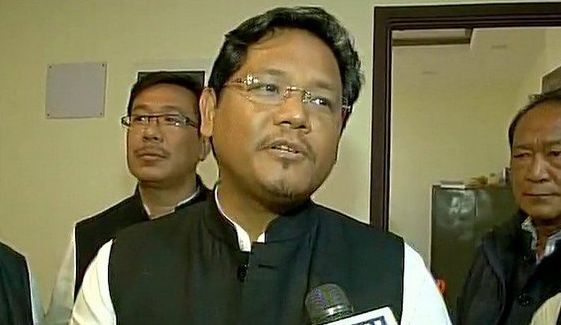 Conrad Sangma met the Meghalaya Governor to stake claim to form the government in the state, with the support of 34 members, including those from NPP, Bharatiya Janata Party, United Democratic Party, Hill State People's Democratic Party and others.

Speaking to reporters in Shillong, Sarma stated that there would be no deputy chief minister for the state.

He further added that the oath-taking ceremony would take place on March 6.

"Next two to three days are very crucial since the assembly term will culminate on March 7. Running a coalition government is never easy, but I am confident that the MLAs who are with us are very committed to the state and people, and will work towards their development," Conrad Sangma said.

As per the results of the Meghalaya State Assembly polls declared on March 3, the Congress party retained its hold with 21 seats, while the NPP bagged 19 seats.

Following its defeat in the state Assembly polls here, the BJP on Saturday had suggested that the NPP and UDP enter into an alliance to form a 'non-Congress government' in the state.

Earlier, the Congress had also staked a claim to form a government in the state at a meeting with Governor Ganga Prasad, officials and party leaders said on Sunday.

"We met the Governor and sought his invitation to the single largest party to be called first to form the government as per convention," former Union minister Nath told PTI.

Meghalaya Congress working president Vincent H Pala, who earlier expressed confidence that regional parties will join the Congress, said that the mandate was actually given to Congress.

"We accept the verdict of the people. We will keep fighting for the issues of people of Meghalaya. It's easy to stake claim, since there is a fractured mandate it is easy to form government but difficult to govern. We will play a constructive role in whatever position we will be in," Pala said.