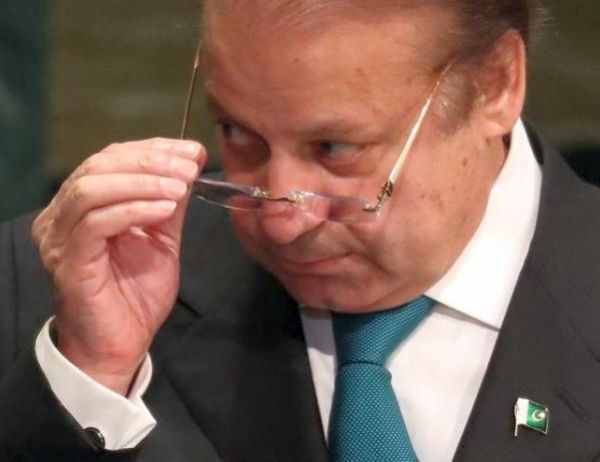 BBC Urdu reported that Sarif has taken Pakistan Army chief Qamar Javed Bajwa into confidence on his meeting with Jindal on April 27 at the hill resort of Murree, BBC Urdu reported.

The civilian leadership informed the military authorities that Sharif’s hour-long meeting with Jindal was a part of back-channel diplomacy. And Jindal had the backing of some important Indian officials for the meeting to defuse ongoing tension between the two countries, the report said.

India-Pak ties are strained over a series of cross-border terror attacks in India and over the death sentence to Kulbhushan Jadhav. India has denied Pakistan’s allegations and maintained that Jadhav was kidnapped by Pakistani intelligence agencies.

The report quoting a ruling Pakistan Muslim League-Nawaz leader said Sharif was tight-lipped on his meeting with Jindal.

However, the only detail of the meeting he shared with his aides was that Jindal was making efforts to defuse tension between India and Pakistan.

It said the military leadership also took its officers into confidence on the meeting. Gen Bajwa told his officers that the meeting was a part of a back-channel diplomacy.

The Sharif-Jindal meeting had triggered intense speculation with several politicians and analysts suggesting it could be the precursor to a possible meeting between the two premiers in the near future.

Pakistan prime minister’s adviser on foreign affairs adviser Sartaj Aziz told reporters that if India shows interest, Pakistan will look into the possibility of a meeting between Sharif and Modi on the sidelines of the SCO summit on June 8-9 at Astana in Kazakhstan.

Imran Khan’s Pakistan Tehreek-i-Insaf had moved a resolution in the Punjab Assembly expressing concern over the “secret” meeting. It had also alleged that Jindal conveyed Modi’s “message” to Sharif on the death penalty to Indian national Kulbhushan Jadhav on spying charges.

Jindal is said to be the man who had arranged a meeting between Modi and Sharif in Lahore on December 25 in 2015 on Sharif’s birthday and the day when Sharif’s granddaughter Mehr-un-Nisa was married.