A politically-connected business dynasty that moved to South Africa from India, the Gupta family finds itself at the centre of many of the scandals that have dogged now former president Jacob Zuma’s administration.

A day after the ruling African National Congress ordered Zuma out of office, the Guptas’ prominent role in his presidency has drawn widespread attention.

So who are the Guptas and how close are their links to Zuma? 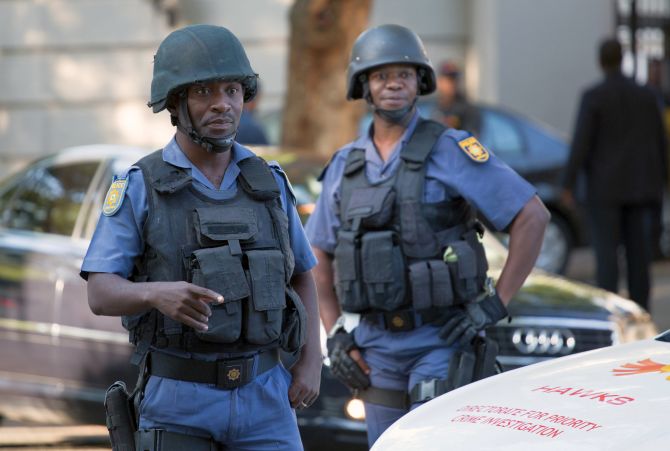 IMAGE: Police close off roads around the home of the Gupta family in Johannesburg, South Africa.
Photograph: James Oatway/Reuters

From Saharanpur to Johannesburg

Back in 1993, brothers Ajay, Atul and Rajesh (also known as Tony) Gupta moved to South Africa from Saharanpur in Uttar Pradesh.

It is said their father Shiv Kumar Gupta had told them that Africa would become the next America of the world.

Twenty years later, Africa might not have become the next America, but the Guptas built a sprawling empire -- Sahara Computers -- involved in computers, mining, media, technology and engineering.

Ties to the Zuma family 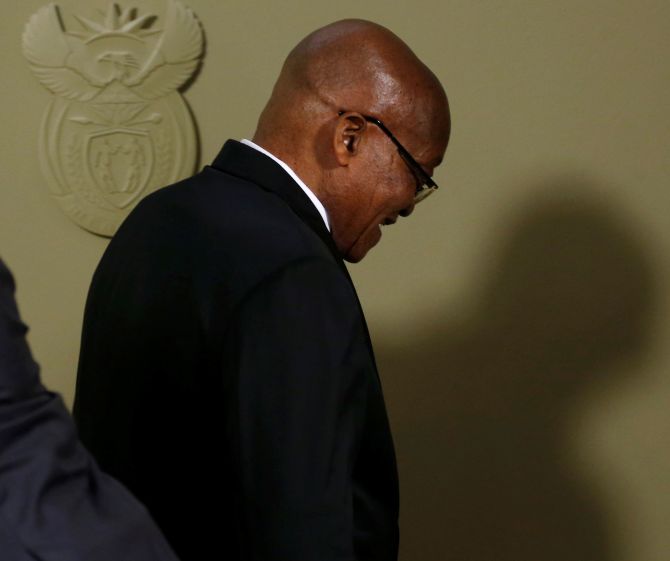 IMAGE: Jacob Zuma stepped down as South Africa's president on Wednesday after his party, the African National Congress, demanded his ouster. Zuma and the Gupta family have close ties, going back 10 years. Photograph: Siphiwe Sibeko/Reuters

Atul says they met South African President Jacob Zuma more than 10 years ago “when he was a guest in one of Sahara’s annual functions”.

In fact, Zuma’s third wife Bongi Ngema and one of his daughters have also been in the employ of the Guptas.

Zuma’s son Duduzane was a director of the Gupta-owned Sahara Computers, but stepped down in 2016 owing to public pressure. So close are the two families said to be that the South African media has quickly nicknamed the Indian expats as the 'Zuptas'.

In March 2016, the perception that the Gupta family was wielding untold power over the government became widespread after Deputy Finance Minister Mcebisi Jonas said -- on sworn affidavit -- that a member of the family had offered to promote him to the minister’s post in 2015.

Similarly, ANC MP Vytjie Mentor alleged that she was offered the key post of public enterprise minister during a meeting at their Saxonworld mansion in 2010. She said that Zuma was at the mansion when the offer was made, while the president says he has no memory of her at all.

Interestingly, the Guptas are accused of not only influencing the hiring of ministers, but also firing those who have come in the way of their business interests.

Tied up in knots 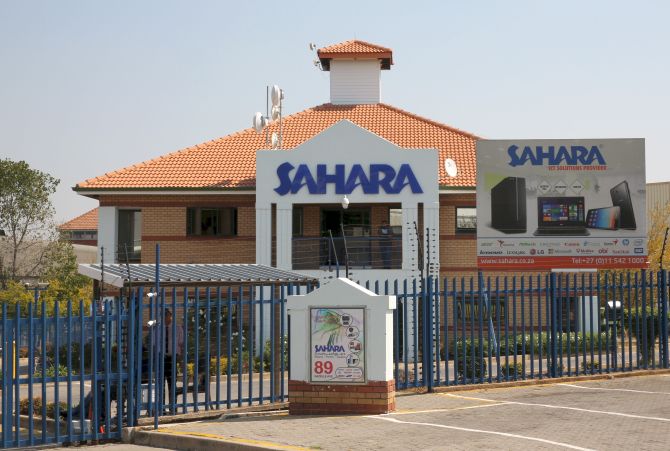 Business under a shadow

The Guptas were first mired in controversy in 2013 after it emerged that a family plane carrying wedding guests had landed at the Waterkloof Air Base near Pretoria -- a military base normally reserved for visiting heads of state and diplomatic delegations.

The governing African National Congress concurred with the opposition Democratic Alliance that this was a blatant abuse of power.

Atul Gupta, while insistent that the family had done nothing wrong, issued an apology.

He added that his family was “simply trying to give [our] daughter... a memorable wedding on South African soil”.

According to reports, Zuma, who was the guest of honour at the nuptials, had tacitly approved the decision.

In 2016, South Africa’s ethics watchdog published a report stating that the state-owned electricity monopoly had awarded a massive coal order to a then-Gupta linked business at well above market prices. And now comes the news that in the US, the FBI is looking at their business dealings in the country, while the Serious Frauds Office is doing the same in the UK.

Will the band of brothers be able to ride this storm as well? 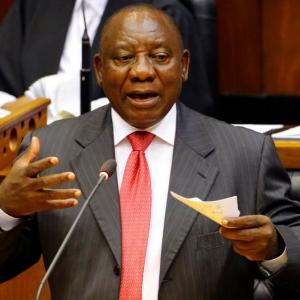 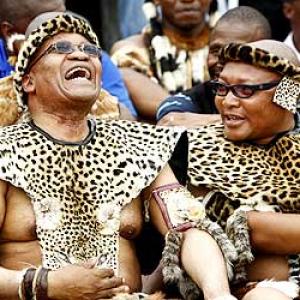 Pix: A fifth wedding for the S African President