Meet the crusader against obsolete laws

Parth J Shah is the man behind the The 100 Laws Project, a listing of the country's ludicrous but extant legislations. 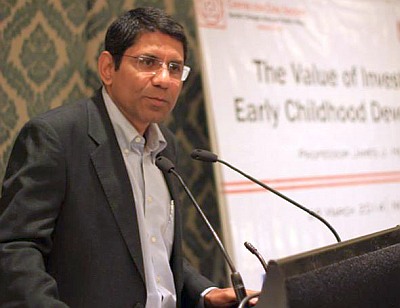 Does anyone know that India has a law called The Young Persons (Harmful Publications) Act that prohibits the dissemination and advertisement of certain publications considered harmful to 'young people'?

Parth J Shah, founder and president of the Centre of Civil Society, says that the Kerala government is using this Act to allegedly reduce marijuana consumption by the youth in the state.

The government discovered that those who do marijuana typically wear Bob Marley T-shirts, so it is closing down all shops that sell these T-shirts!

"Words such as repulsive and horrible contained in the definition of harmful publication are vague and subject to arbitrary interpretation," says Shah.

"India already has a variety of laws that penalise violent or inappropriate speech in various forms. So why should this law continue to exist ?"

Shah, the man behind the The 100 Laws Project, a listing of the country's ludicrous but extant legislations, says it was during Atal Bihari Vajpayee's government in 2001 that Arun Shourie initiated the need to look at obsolete and outdated laws that needed to be scrapped.

Shah's list itself is not informed merely by the vintage of the law, but also by a philosophical weltanschauung that owes much to writer Ayn Rand.

Shah says he was studying for a bachelor's degree in pharmacy in 1982-83 when a friend introduced him to the writings of Rand whose message was: your happiness is the only moral purpose of your life; so go ahead and be selfish.

Shah devoured Rand's writings and that summer, presumably still on an odyssey of finding himself, chanced upon socialist leader Chandra Shekhar in Madhya Pradesh.

He had been camping there as part of his Kashmir-to-Kanyakumari padayatra to pose a challenge to Indira Gandhi's socialism.

"We used to walk the whole day, but there wasn't much to do in the evenings. So I hung out with the other padayatra members," recalls Shah.

"One of them was industrialist Viren Shah who told me, 'If you want to defend socialism, you have to beat the arguments of a man called Milton Friedman.'"

The young man was so fascinated by the idea that he began reading everything he could on Friedman.

Already the winner of a Nobel prize, Friedman's thesis was: any business executive who pursues a goal other than making money is an "unwitting 'pup­pet' of the intellectual forces that have been undermining the basis of a free society these past decades".

They were guilty of "analytical looseness and lack of rigour".

They had even turned themselves into "unelected government officials" who were illegally taxing employers and customers.

Shah says he was a convert not just to the idea of capitalism and liberty, but also changed his discipline to become an economist.

He earned a doctorate from the US, lived there and taught in the University of Michigan before returning to India to set up the Centre of Civil Society that would offer interventions to change systems in India and make the country more market-oriented.

Not only because he is a Gujarati, but also because he was attracted by the experiments that Narendra Modi was carrying out in Gujarat, Shah did some work on education with the state government there (he is a practical capitalist: he says he is privately an anarchist but would not like to impose this belief on others).

The project on obsolete laws is a voluntary effort undertaken by his institute: of identifying irrelevant laws that are at the same time a way for governments to strengthen themselves and stifle competition and freedom.

He identifies Labour Welfare Funds -- separate laws mandating the collection of industry-wise cesses (six at last count) and creating and supporting corresponding funds for workers in mica, iron and other mines, beedi, limestone, cine workers, among other -- as one such.

He says these laws are a mechanism for raising funds to promote the welfare of workers in these industries.

This has resulted in a low-level equilibrium, with administrative inefficiency, very high collection and transaction costs, and finally, insignificant amount ultimately made available for worker welfare.

Shah says his report has been handed over to Finance Minister Arun Jaitley and he has been told a meeting with Prime Minister Modi might be possible.

He is looking forward to more interventions in government to make it more responsive, and eventually reduce its role in places where it no longer has any business to be.