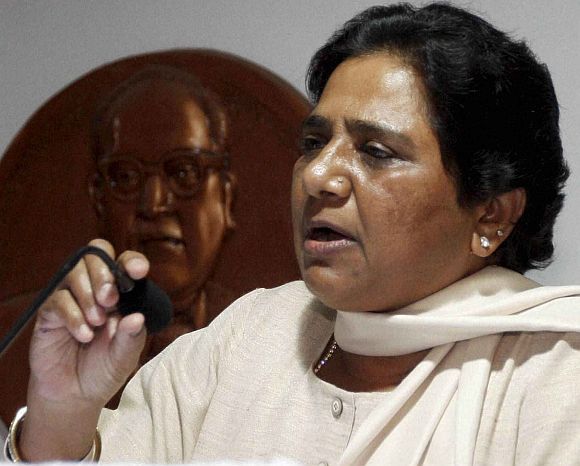 Mayawati has been strongly criticising the new law, which seeks to grant citizenship to non-Muslim refugees who came to India before December 31, 2014, to escape religious persecution in Pakistan, Bangladesh and Afghanistan.

Taking strong note of it, Mayawati, in a tweet on Sunday said, "The BSP is a disciplined party and it takes prompt action against its MP and MLAs who break discipline."

"Taking this into account, the party suspends Madhya Pradesh's Patheriya MLA Rama Bai Parihar for supporting CAA. She has been banned from taking part in the party functions," the BSP supremo tweeted in Hindi.

The MLA could not be contacted for her comments.

After Rama Bai supported the new law during a function in Patheriya on Saturday evening, Union minister Prahlad Patel, who was present at the event, lauded her.

The BSP earlier dubbed the controversial Citizenship (Amendment) Act as "unconstitutional" and voted against it in Parliament. It also urged the President to withdraw the new law.