Source: PTI
November 11, 2010 23:45 IST
The family of Priyadarshini Mattoo will file a petition in the Supreme Court against its recent verdict commuting to life term the death sentence awarded to Santosh Kumar who had raped and killed the 25-year-old Delhi University law student.

The victim's family also accused Central Bureau of Investigation of "shoddy" investigations and leaving sufficient loopholes in the arguments before the apex court, which resulted in commutation of the death penalty to life imprisonment.

"We, the parents of Priyadarshini Mattoo, will file a review petition in the Supreme Court followed by a curative petition," the family said in a statement.

The move came after the CBI decided not to file an appeal against the verdict, which came on October 6. Pointing out the alleged deficiencies in the CBI probe, the family said that the Delhi High Court completely overturned the findings of the trial court, giving precedence to justice over jurisprudence and termed the case as 'rarest of the rare' and therefore awarded the death penalty. "The high court severely censured the investing agency, the CBI, and the prosecution for poor and careless investigation and weak prosecution," it said.

The statement said that the evidence presented by the prosecution was so weak that it had therefore to give him the benefit of the doubt and acquit him. The court severely reprimanded the CBI and the prosecution for shoddy investigation and presentation of the case.

"It is also pertinent that after the case was concluded in the trial court, the CBI did not pursue the case in the Delhi HC for six years till it was goaded into action by the public outcry over Delhi model Jessica Lal's murder case, which along with media pressure led to the Priyadarshini Mattoo case being heard on a fast track," the family said.

The family flayed the CBI saying that it is obvious that sufficient loopholes were left in the arguments to enable the apex court to commute the death penalty to life imprisonment. "The CBI again failed to properly present its case," it said.

The victim's family also asked for effective reforms in the criminal investigation system.

"It is strongly felt that in view of the inability of the country's prime investigating agency, the CBI, and the prosecutors it employs, to provide proper justice to a vast number of criminal cases, it has become incumbent on the authorities concerned to institute suitable and effective reforms in the criminal investigation system to ensure proper and speedy justice to restore confidence of the population in our criminal investigation system," the statement said.

Santosh had raped and murdered Priyadarshini, a third-year law student, in January 1996. 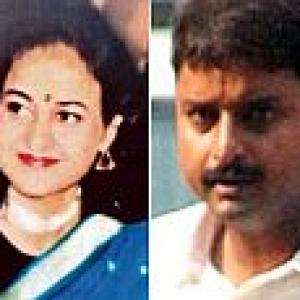