The government asked five states to tighten security and take maximum precaution during the 48-hour shutdown called by the Maoists beginning on Tuesday.

The shutdown call has been given in Bihar, West Bengal, Jharkhand, Orissa and Chhattisgarh to protest against Union government's decision to disinvest in some public sector undertakings.

Railways have also been advised to run the trains in Maoist-affected areas in minimum speed to avoid possible sabotage by the Maoists.

Additional security has also been provided to central government installations in Maoist-affected states. The Centre designed disinvestments of PSUs to provide more employment to people of the region and for economic development of the area.

The Maoists fear that the Center's decision would give a blow to their hold in remote areas. This prompted the Maoists to mobilise people against the Centre's decision.

Earlier, Maoist leader Koteshwar Rao informed some mediapersons that his organisation would observe a shutdown on May 18 and May 19 in the five states to protest against the Centre's decision to sell 10 percent stake in 10 different profit-making PSUs.

The Maoists also said that they were against dilution of government stake in state-owned banks to favour entry of international banks like Morgan Stanley, Citi Bank and Deutsche Bank. 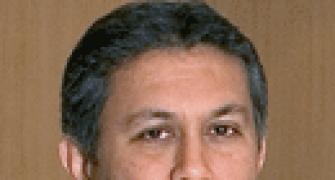