Manslaughter trial of Indian-origin surgeon Jayant Patel opened on Friday with prosecutors saying that he was criminally liable for negligence that led to the death of a 75-year-old patient.

Patel is facing a trial on charges of the manslaughter of Mervyn Morris, who died on June 14, 2003, at the Bundaberg Base Hospital.

The case opened in the Brisbane Supreme Court, with Crown prosecutor Peter Davis opening the Crown's case in five parts.

Patel, 62, has pleaded not guilty to the manslaughter of Morris.

Prosecutors presented the arguments to a 12-member jury on the first day of the trial, the Herald Sun reported.

Crown prosecutor Davis said that Crown said they were not suggesting that the accused intended to kill or badly harm the patient, Morris, rather that he had been "criminally negligent".

"A failure to take reasonable care and or have reasonable skill leaves the doctor criminally liable for the consequences of that negligence," Davis said.

"The accused was under a legal obligation to take reasonable care and reasonable skill in administering treatment to Mr Morris," he said.

The court heard that Patel performed two operations on Morris in May, 2003, after the man complained of rectal bleeding and stomach pain.

The first procedure on May 23, 2003, was a sigmoid colectomy and colostomy -- an operation to remove part of the bowel and connect it to an opening in the abdomen, through which faeces could pass into a colostomy bag.

Davis said that though Patel did not perform the operation incompetently, the surgery should not have been done at all.

Davis said Morris was old, had a poor heart, liver problems and potentially cancer, meaning he was not suitable to be subjected to such a significant and unnecessary operation.

The court heard that Morris's health declined after the first procedure Patel performed on him.

"You will hear experts say they were caused by the operation and the failure of the accused to give appropriate post-operative care," Davis said.

Davis said the operation had been done for no good reason and it had "killed him (Morris)".

The jury was selected on Wednesday after a lengthy and exhaustive empanelling process, a first in Australia.

Judge George Fryberg said it was essential the jurors were impartial due to the "massive and prejudicial publicity" the case had sparked in the past. 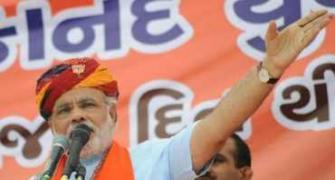