Security arrangements were on Monday tightened in the luxury hotel near Guwahati where rebel Maharashtra MLAs led by Shiv Sena leader Eknath Shinde are camping as advocates, senior police and government officials were seen entering there. 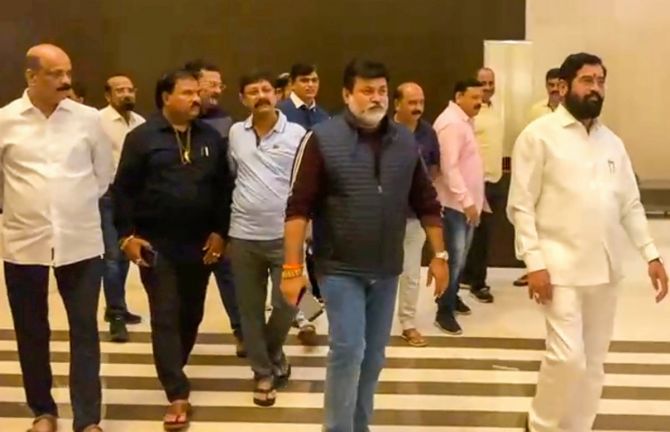 President of the Shiv Sena in neighbouring Manipur, M Tombi Singh, came to meet the rebel legislators but he was not allowed. He said he wanted to tell them not to create a division in the party.

Singh claimed that he had "some contacts with Mumbai" before coming to the hotel.

Though the entry to the hotel has been restricted since June 22, when the MLAs reached Guwahati from Surat, a proper register is being maintained from Monday morning to note who is coming in and who is going out.

The police have been asking the names of all before opening the gates. Their names and vehicle numbers have been written in the register. Even each hotel staff was asked about their identities before allowing to go inside.

"We are maintaining the register from today. We don't know why it has been started suddenly. We are doing what we have been told," a police official told PTI in front of the Radisson Blu hotel.

Special Director General of Police (Law and Order) Gyanendra Pratap Singh has been inside the hotel since morning, while Guwahati Police Joint Commissioner Partha Sarathi Mahanta reached there around noon.

Several other IPS officers have also been making rounds since morning.

Assam State Disaster Management Authority (ASDMA) Chief Executive Officer Gyanendra Tripathi came to the hotel, while a car carrying a board mentioning the chief engineer of the Water Resource Department also entered the campus. Their vehicles left the hotel after around two hours.

It is not known why these officers came to the hotel.

Windows of the vehicles were either covered with curtains or the occupants were wearing face masks, making it difficult to recognise them.

Shiv Sena's Manipur unit President M Tombi Singh, along with another person, came to meet the rebels from the western state but they were stopped at the gate.

"I have come here to talk to Eknath Shinde and tell him that Shiv Sena should remain as one party. We want the political crisis to end soon," Singh told reporters in front of the closed gate of the hotel.

All the Shiv Sainiks are united under the leadership of Maharashtra Chief Minister Uddhav Thackeray and his son Aditya, he claimed.

To a question, the Manipur leader said: "I want to tell him to do a ghar wapsi. The Shiv Sena should not become two different parties."

Though general people have been barred from entering the hotel for a week, senior police officials, ministers, MLAs and leaders of the ruling BJP have been visiting the hotel daily.

Besides, the crew members of several airlines that have agreements with the hotel, are being allowed inside.

A group of rebel Maharashtra Shiv Sena MLAs, led by Shinde, were taken to Surat from Mumbai on June 21 and then flown to Guwahati the next day. Shinde and his followers have rebelled against Chief Minister Uddhav Thackeray. 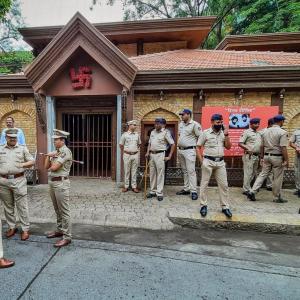 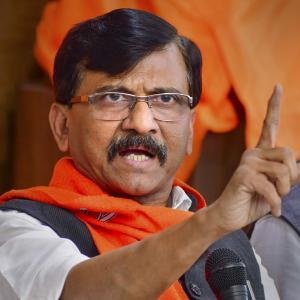