Manipur landslide: Toll mounts to 20 with recovery of 12 more bodies

Rescue teams on Friday recovered 12 more bodies from the debris at a railway construction site in Manipur's Noney district, which was hit by a massive landslide, pushing the death toll in the tragedy to 20, officials said. Of the deceased, 10 are from the Territorial Army, they said.

Forty-three people were still missing following the mudslide that occurred at the railway construction camp in Tupul Yard on the intervening night of Wednesday and Thursday.

State Chief Minister N Biren Singh had announced an ex-gratia of Rs 5 lakh each for the next of kin of the deceased and Rs 50,000 each for those injured.

Search operations are being conducted by personnel of the Indian Army, Assam Rifles, Territorial Army and the National Disaster Response Force, along with state agencies.

Meanwhile, West Bengal Chief Minister Mamata Banerjee on Friday evening said nine jawans from her state have lost their lives in the incident.

"Shocked to know that nine jawans of the Darjeeling hills (107 Territorial Army unit) are among the casualties in the Manipur landslide. Deeply mourn the demise and extend all solidarity and support to the next of kin. Heartfelt condolences," Banerjee tweeted.

Earlier in the day, Assam Chief Minister Himanta Biswa Sarma had said at least one person from the neighbouring state died in the massive landslide, and 16 others were missing.

"Saddened to learn that one person from Morigaon, Assam lost his life, 5 are undergoing treatment & 16 still missing in the Manipur landslide," Sarma wrote on Twitter.

"Cabinet colleague Shri @Pijush_hazarika will reach Manipur as early as possible to coordinate in rescue ops," he said. 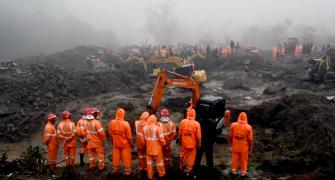 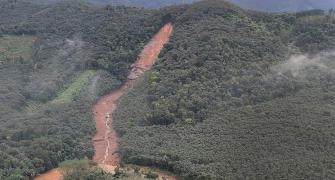 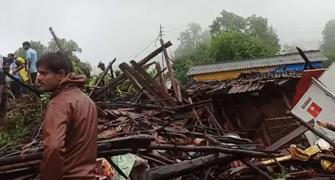 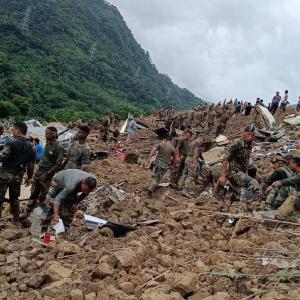 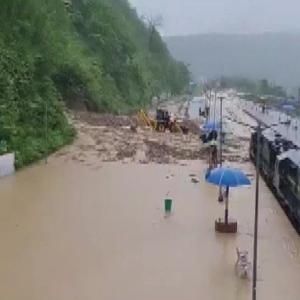