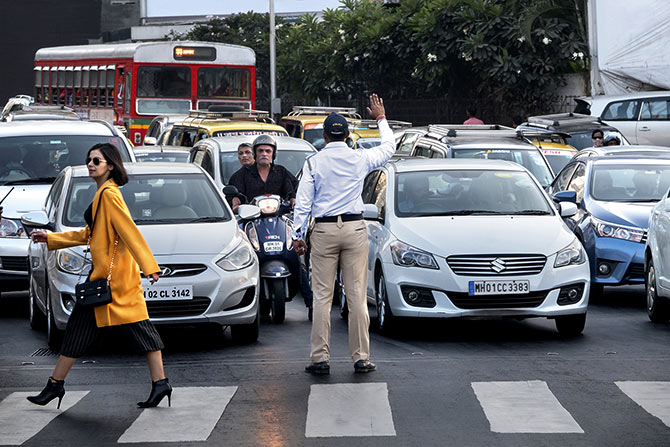 A man died of heart attack after his car was allegedly stopped by a traffic policeman for checking papers in Noida on Monday.

According to the police official, the incident took place at about 6 pm and the deceased was diabetic.

Vaibhav Krishna, Senior Superintendent of Police Gautam Budh Nagar said: "He died during the checking due to heart attack. As far as we have enquired there was no misconduct on the part of the police.

"Doctors confirmed that the deceased was diabetic. The case is in the jurisdiction of Ghaziabad and we have informed Ghaziabad police for further action."

However, the father of the deceased said that his son didn't violate any rule and the traffic policeman behaved arrogantly due to which his son suffered a heart attack and died.

"My son was driving the car while I was sitting beside him and my wife was seated on the back seat. We were wearing a seat belt, yet a traffic policeman started striking on the car with his lathi.

"My son stopped the car and was so shocked that he fell there only. We rushed him to the hospital but he was declared brought dead," said the father of the deceased.