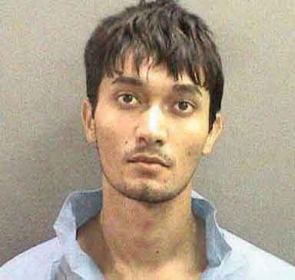 A jury in Orange County, California, convicted Iftekhar Murtaza for murdering his ex-girlfriend’s father and sister and attempting to kill her mother, the OrangeCounty district attorney’s office announced on November 22.

Murtaza, 29, had killed his ex-girlfriend Shayona Dhanak’s father Jaypraykash Dhanak and sister Karishma Dhanak and set their home on fire in 2007.

At the time of the incident, Shayona was not at home since she was a freshman at the University of California, Irvine, and was living in the campus dormitory.

She had ended a two-year relationship with Murtaza after which he targeted her family, on May 21, 2007, holding them responsible for the breakup.

According to an OrangeCounty district attorney statement, Murtaza believed that the Dhanaks disapproved of his relationship with Shayona, partly because they were practicing Hindus and he was a Muslim.

After the break-up, he is alleged to have contacted his friend Vitaliy Krasnoperov, and revealed his thoughts about killing the Dhanaks in an online conversation.

According to the charges, he even discussed ways to murder the victims, including burning their house down or using a hit man.

According to court documents, Krasnoperov offered to contact someone whom he knew was ‘used to doing this type of work,’ and also instructed Murtaza to obtain a picture of the victims by sending Shayona an online message asking her for a photograph from her recent family trip to India.

On May 21, 2007, Murtaza allegedly contacted and exchanged a series of text messages with his childhood friend, Charles Anthony Murphy, Jr, and offered him $30,000 “for a job.”

The same evening, Jayprakash, who worked with his wife Leela in Irvine, was in his house alone after leaving work.

The defendants were accused of entering the Dhanaks’ home and forcibly restraining Jayprakash, stabbing him repeatedly, and shutting him in a bathroom while waiting for his wife and daughter to arrive.

Later that night, when Karishma returned home, the defendants allegedly forcibly detained her and also attacked Leela with a knife when she returned home.

After moving the three victims to a van outside, the defendants allegedly doused the house with gasoline and set it on fire.

Once outside the house, they continued to beat Jayprakash. According to the police statement, a witness in a nearby park observed the fire and began to run toward the house. As he approached, the defendants allegedly put Jayprakash and Karishma in the back of a van and fled.

The witness flagged down a police officer, who was the first to arrive at the scene, and discovered Leela lying unconscious on her neighbor’s lawn. The victims’ home was engulfed in flames and was largely destroyed by the fire.

On May 22, five hours after fleeing the Dhanaks’s Anaheim Hills home, the defendants were accused of taking Jayprakash and Karishma to a bike trail at MasonRegionalPark in Irvine, murdering them and setting their bodies on fire.

Officers responding to calls reporting the early-morning fires discovered the bodies, after which the Anaheim police department began investigating the case and identified Murtaza as a suspect.

He was also accused of fleeing OrangeCounty to Phoenix, Arizona, and attempting to flee to India from Arizona with a one-way plane ticket and $11,000 in cash. He was arrested and brought back to OrangeCountyJune 13, 2007.

As the district attorney is seeking the death penalty in this case, the trial will now move to the penalty phase, in which the same jury, who found the defendant guilty of the crime, will consider the aggravating and mitigating circumstances of the evidence to determine the defendant’s penalty, without the possibility of parole.

Opening statements in the penalty phase are expected to begin on December 2.

He was convicted in his third re-trial, as a previous jury was unable to reach a verdict and the second re-trial was declared a mistrial. He faces a maximum sentence of life in state prison without the possibility of parole.

He was sentenced on November 9, last year to life in state prison without the possibility of parole. 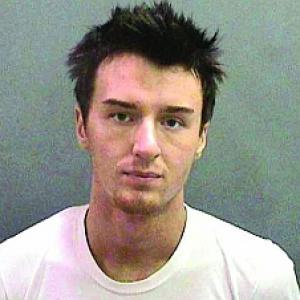