Mamata dials guv, alleges people not being allowed to vote

Trinamool Congress supremo Mamata Banerjee on Thursday said that she had dialled Governor Jagdeep Dhankhar and a senior Election Commission official to inform them about certain poll-related issues, but refused to divulge the details. 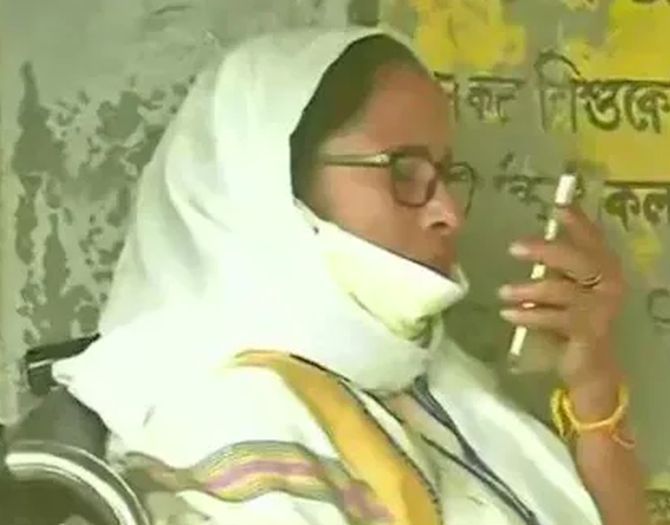 According to TMC sources, the chief minister had called Dhankhar from a polling booth at Boila in Nandigram constituency, where she is pitted against her protege-turned-adversary Suvendu Adhikari of the Bharatiya Janata Party, and alleged that supporters of her party were not being allowed to cast votes by saffron camp workers.

BJP leaders, however, have denied the charge.

"Yes, I have spoken to the Governor and an EC special observer. I cannot reveal what all I discussed with them," Banerjee told reporters after coming out of the polling station.

Dhankhar, confirming that he received a call from Banerjee, said officials concerned have been intimated about the "issues" flagged by her.

He also said that necessary steps would be taken to ensure that the rule of law was strictly adhered to.

"Issues flagged @MamataOfficial a while ago on phone have been imparted to the concerned... There is full assurance of the concerned to adherence to rule of law," Dhankhar, who had had frequent run-ins with the TMC government since he took charge in 2019, tweeted.

"Am confident all will act in right spirit and earnestness so that democracy flourishes," he posted on the microblogging site. 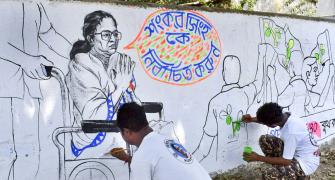 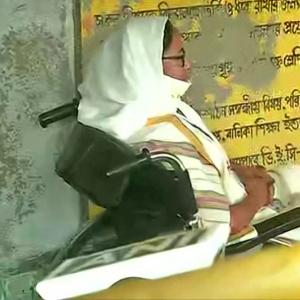