Mamata complains to PM about Chidambaram

To combat the rising menace of Naxalism, Home Minister P Chidambaram has decided to hold a meeting of the chief ministers of the four states worst hit by Maoist violence, in Kolkata on February 9.

The Centre, along with the governments of West Bengal, Orissa, Bihar and Jharkhand, is planning a massive offensive against Maoists, the modalities of which will be finalised during the meeting. The home minister will discuss and fine-tune the action plan to tackle the Maoists with the four CMs before its actual implementation.

But Chidambaram, who has repeatedly made it clear that tackling Maoism is his top-most priority, faces opposition from an unexpected quarter. Trinamool Congress chief and Railway Minister Mamata Banerjee, who heard about the proposed meeting during the cabinet meet on Thursday evening, promptly complained to Prime Minister Manmohan Singh about it.

Banerjee, who is leaving no stone unturned to topple the Left front government in Bengal, is reportedly against any step taken by the Centre to help her arch rival Chief Minister Buddhadeb Bhattacharjee. She is also apprehensive that the top-level meeting in Kolkata would accord undue importance to the Bengal CM, and is determined to avoid that at any cost, even if it means opposing the Centre's anti-Naxal agenda.

The ruling Left Front, which is fighting a desperate battle for survival in Bengal, has often accused Banerjee of maintaining links with Maoists to further her political agenda.

This is not the first time that Banerjee, who recently refused to meet Dr Singh during the latter's visit to Kolkata, has raised her voice against the United Progressive Alliance government.

However, the government is unlikely to yield to Banerjee's tantrums this time, as the issue of tackling Maoists has achieved priority after the recent visit of South Korean President Lee Myung-bak.

Myung-bak, who was the chief guest at the Republic day celebrations, requested the Indian government to ensure security for the huge investment made by South Korea at the POSCO factory site in Orissa. The POSCO factory is located in a Maoist-hit area and since the four states are linked by geography and an upsurge in Naxal-related violence, the Centre has decided to adopt a joint strategy.

Jharkhand Chief Minister Shibhu Soren, who met Chidambaram in Delhi on Thursday, told the home minister that the Centre should also consider the option of initiating a dialogue with the Maoists. Chidambaram reiterated the Centre's stance that Maoists will have to abjure violence to pave the way for talks.

Soren, who had called off an offensive against Maoists after taking over as CM recently, has no option but to cooperate with the Centre on this latest operation.

The Centre has also convened a meeting of chief ministers in Delhi on the issue of price rise on February 6 and internal security on February 7. The issue of Naxal violence will top the agenda at the meeting on internal security, as the UPA government is concerned about the fact that a large number of corporate houses are shying away from investing in Maoist-affected areas, and such regions remain backward and underdeveloped. 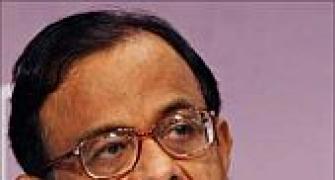 Army not to be used against Maoists: Chidambaram 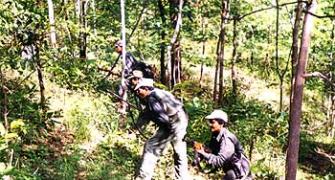 Many more battles to be won against Maoists 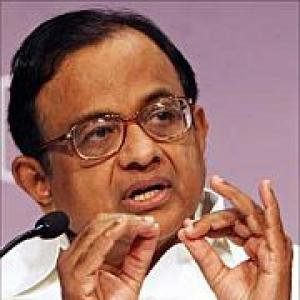 Arrest me if I have links with the Maoists: Mamata