'The marginalised among the Muslim community are facing a particularly tough time.' 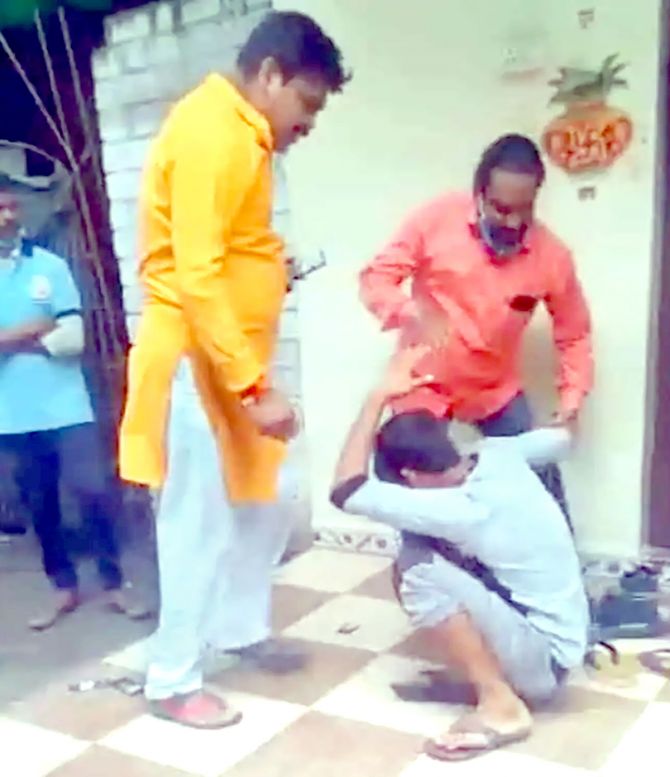 As religious intolerance grows in the country, the insecurities of the Indian Muslim are also growing.

Actor Naseeruddin Shah is troubled by the bleak hostile scenario that is evolving from the ethos of religious and cultural segregation.

Says Naseer to Subhash K Jha, "This insecurity has been fed to Indian Muslims on a plate since Independence. Giving them their rights has always been defined as appeasement and the hatred, which all this time was covered in a hypocritical veneer of tolerance, is out in the open and it has the same agenda: Make them feel insecure."

"It seems that now every Indian Muslim is directly responsible for the excesses of Taimur or Mahmud Ghazni!" exclaims Naseer.

"The ploy is working and so are the dog whistles about the Muslim population increasing in a 'planned manner'," the actor adds.

"All that has become somewhat more than hot air now and it's a fact that the marginalised among the Muslim community are facing a particularly tough time."

Naseer is quick to point out that he has never faced any insecurity as an Indian Muslim.

"I personally have never felt insecure nor has anyone in my family. The answer is to not give into the fear that the Islamophobists wish to put into our heads but continue to assert our rights. Fight for them if necessary."

The actor par excellence has a question for the Islamophobic sections in India.

"Do these morons who are practically advocating civil war with their talk of driving the Muslims out of the country even realise the implications of actually attempting that?"