'You may be a superstar, but can't enter Alibaug without my permission' 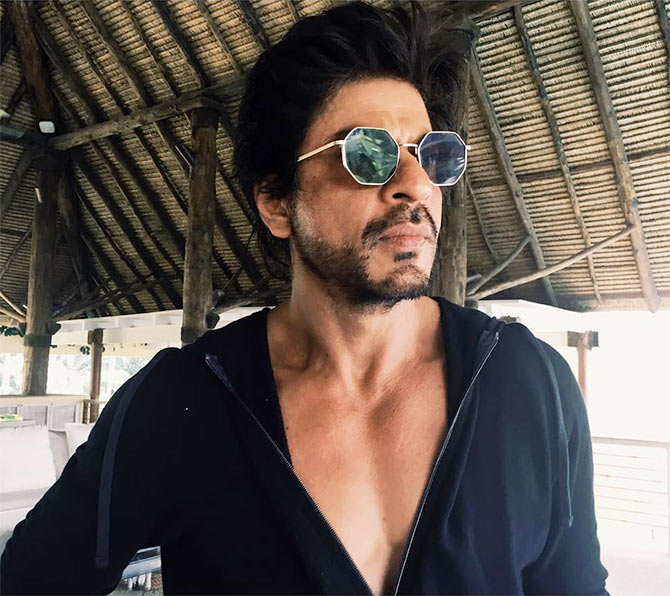 A Maharashtra MLC lost his cool and heckled Bollywood superstar Shah Rukh Khan for allegedly delaying his departure to the coastal town of Alibaug in neighbouring Raigad district.

A video of the incident has gone viral on the social media. It has also been shown on television channels.

The incident reportedly took place on November 3 when the departure of the MLC, Jayant Patil, from the Gateway of India jetty in Mumbai allegedly got delayed as Khan was also scheduled to depart for Alibaug in his private yacht from the jetty.

The lawmaker has confirmed his action.

Patil told a local news channel that he wanted to leave for Alibaug, but could not reach his boat as the actor's yacht was docked at the jetty and it seemed that the latter was "not in a hurry" to leave.

Patil, the general secretary of the Peasants and Workers' Party, hails from Alibaug, the headquarters of Raigad district and a popular weekend destination.

In the video, the MLC is seen getting visibly angry and shouting at the actor saying, "You may be a superstar, but have you bought entire Alibaug? You cannnot enter Alibaug without my permission."

Narrating the entire episode to the news channel, Patil said he was scheduled to go to Alibaug on November 3 but could not board his boat as Khan's yacht was anchored at the Gateway of India jetty.

"A huge crowd (of fans) had gathered there to get a glimpse of the actor and Khan was also waiving at them. There were some police officials too for his security.

"For some time, Khan's boat did not leave and I had to wait. Even the police were doing nothing and this irked me," the Maharashtra Legislative Council member said.

"I heckled him (Khan) because I was getting late and it seemed that he was not in a hurry (to leave)," he added.

"I am a fan of the actor but what happened there was not good. Superstars should get police protection but that does not mean others should suffer because of it," Patil said.

Khan, who turned 52 on November 2, celebrated his birthday at Alibaug.