Talking to reporters after meeting the family, Sonawane said, "We have arrested the accused in this case and the investigations are going on. This cannot happen in Maharashtra, we will stop this."

Chavan had earlier announced a compensation of Rs.25 lakh for the Sonawane family.

Sonawane was burnt alive by the oil mafia on Tuesday at Manmad in Nasik District. He had gone there to conduct raids.

According to the police, a group of eleven men poured kerosene on him and set him on fire. Sonawane tried to fight back by grabbing Popat Shinde, the ringleader of his attackers, but died within minutes.

Shinde is now in a local hospital with serious burn injuries.

The other accused were produced before a local court in Manmad on Wednesday and remanded to police custody till February 8. 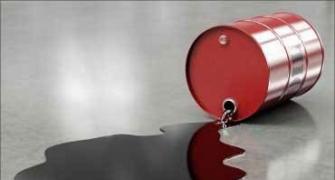