Mahabodhi temple set to glitter with Thailand's 289 kgs of gold 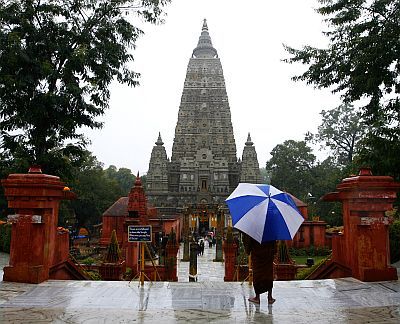 Buddhism’s holiest shrine in Bihar’s Bodh Gaya is all set to glitter with gold, thanks to Thailand.

The much awaited work to inlay with gold the dome of Bodh Gaya's 1,500-years-old Mahabodhi temple began on Wednesday by a team of technical experts from
Thailand.

Two days after 289 kilograms of gold donated by Buddhist devotees from Thailand was brought to Bodh Gaya in a special plane from Bangkok, technical experts have finally started the work under tight security in and around the temple, N Dorjee, secretary of the Bodh Gaya Temple Management Committee, said.

“It is a happy moment for all of us that the spire of the temple will get a glittering look with gold”, Dorjee said.

Gaya district magistrate Balamurugan D, who’s also the BTMC chairman, said that the work by experts from Thailand is being videographed “as the work involves gold”.

“A 40 member team including a dozen of experts and two dozen commandos from Thailand arrived at Bodh Gaya with gold in 13 boxes to complete the work in 40 to 50 days,” he said.

“About 24 Thai commandos are providing security to the gold kept in the temple premises,” he said.

Besides, the district administration has deployed additional security for the gold kept under tight security.

A Thailand-based company Kreing Thavorn Containers Co Ltd is doing the work to inlay with gold the dome of the temple.

Dorjee said last year Thailand’s king Bhumibol Atulya had decided to inlay with gold the dome of the temple. But it took some time to get the necessary clearance from the Archaeological Survey of India for the work. The ASI officials will also provide technical supervision for the work, he added.

“A special prayer will be held under the Holy Bodhi tree behind the main temple on November 16 in which around 500 devotees from Thailand, including those who donated gold, are likely to participate”, Dorjee said.

According to him, the first phase of the work involving chemical treatment had been completed in August to prepare the foundation for gold plating. “Now sky-folding stairs have been installed around the temple’s dome to enable experts reach atop the structure to inlay with thin goldsheet” he said.

A string of low intensity bombs exploded in the temple complex in July. But there were no casualties and no damage was caused to the structure.

The ancient 180 feet structure of the Mahabodhi temple is estimated to have been built between the 5th and 6th century AD. It was lost and rediscovered in the 19th century by Alexander Cunningham, who founded the ASI in 1861.

The Mahabodhi temple is the holiest pilgrimage centre for Buddhists, as Gautam Buddha is said to have attained enlightenment here. 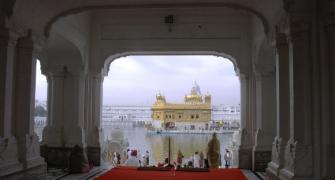 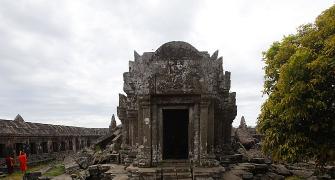 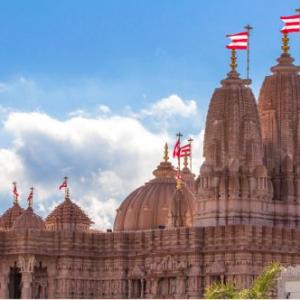 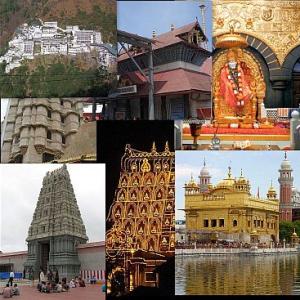