Maharashtra minister Girish Mahajan on Friday stoked a controversy after two selfie videos surfaced purportedly showing him smiling and waving hands cheerfully as he inspected parts of the flood-hit district. 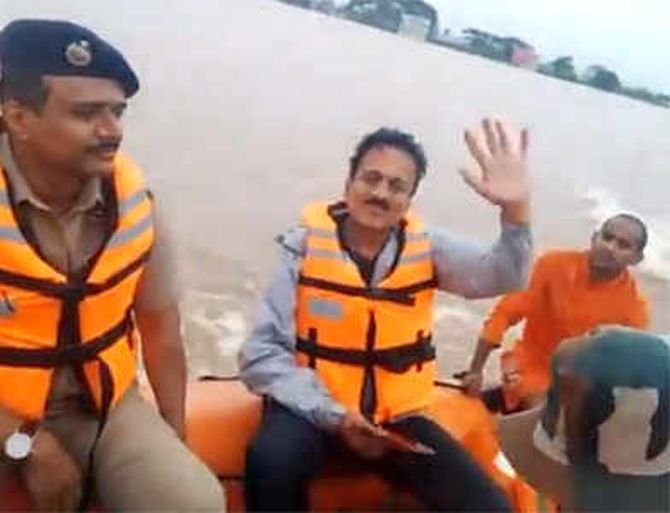 This prompted the opposition Nationalist Congress Party, the Congress and the Maharashtra Navnirman Sena to rebuke Mahajan, who in turn, asked them not to politicise flood relief work.

The Congress launched a scathing attack on the ruling BJP, saying it should start a "selfiewithdead" series declaring the minister as its brand ambassador.

In one of the clips, an unidentified person accompanying Mahajan is seen taking selfie video as they rode through water in parts of Kolhapur in western Maharashtra.

The minister can be seen smiling and waving hands in this clip.

In another clip, Mahajan is seen inspecting the flood situation standing on a road as the person filmed the selfie video.

Hitting out at the government on the issue, NCP chief spokesperson Nawab Malik alleged it was not into disaster management, but "disaster tourism".

"Mahajan himself has given the evidence of their such tourism. This is an insensitive government. They (ruling BJP) are only bothered about campaigning. People of the state are watching and will teach the BJP a lesson," Malik said.

"Minister @girishdmahajan and officials were smiled, posed selfie. Are the rulers left with any sensitivity? @Dev_Fadnavis ji take resignation of this insensitive
minister, suspend the officials concerned," Munde tweeted.

Expressing grief over death of a child due to floods, Leader of the Opposition in the State Legislative Council Munde of the NCP also asked Mahajan if he feels ashamed of his approach to the situation.

Maharashtra Congress spokesperson Sachin Sawant tweeted, "Girish Mahajan is the face that reflects the character, ideology and identity of this government.

"One which seeks pleasure in defecting MLAs, shows gun to children, dances in frenzy, fights and laughs wickedly on the tears of others! Now start #sefiewithdead series and declare Mahajan as the Ambassador."

MNS chief Raj Thackeray also hit out at the government over the issue.

"The situation in Western Maharashtra is grave due to the flooding. The chief minister and other ministers are only doing aerial survey. Girish Mahajan is taking selfie.

"And they all do these things because they know they are going to get elected. This is a sort of arrogance," Thackeray alleged at a party event here.

In the meantime, Mahajan, who reached flood-ravaged parts of Sangli, hit out at the opposition, saying they should participate in relief work instead of criticising and trolling him sitting at home.

"Reached today in villages which did not receive relief over the past four days. I request those opposition leaders who politicise relief work, that once they are done
with entertainment by criticising-trolling, they should directly partake in the relief work!" he tweeted.

Mahajan courted controversy in March 2015, too, when he had a gun tucked on his waist as he attended a function of differently-abled schoolchildren in his home district Jalgaon in North Maharashtra.

The minister, however, had clarified then, saying he carried the gun for "self-defence" and that he was not part of any controversy.

He was recently seen dancing after the Centre abrogated provisions of Article 370 that accorded special status to Jammu and Kashmir.

Parts of Maharashtra, particularly Sangli and Kolhapur districts, are in the grip of devastating floods over the last one week following heavy rainfall in the region.

As of Thursday, over two lakh people have been evacuated to safer places in the flood-ravaged districts. 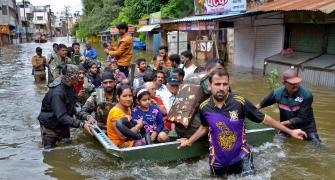 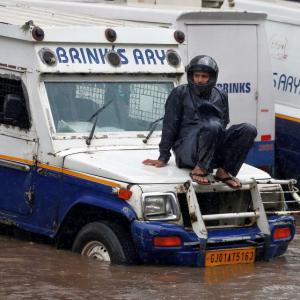