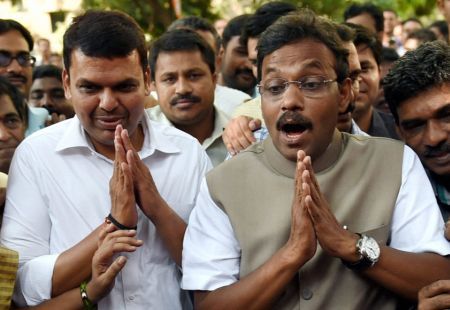 Coming under the scanner for issuing a circular banning display of religious pictures and rituals in offices and state-run schools, the Maharashtra government has recalled the order and a show-cause notice was slapped on the official who sent it across the state without getting a nod from his superiors.

The clarification in this regard was made on Friday as Shiv Sena ministers met Chief Minister Devendra Fadnavis demanding withdrawal of the circular, a day after Sena chief Uddhav Thackeray attacked the government over it.

Soon after the meet, state Education Minister Vinod Tawde said the government has already revoked the order and action has been ordered against the official concerned.

“The show cause notice has been issued to the desk officer who sent the letter regarding no religious activities in government offices. He had sent the letter without prior permission of the Deputy Secretary. Clarification regarding the same was made on January 25, but still it was mentioned in the January 26 speech (referring to Sena President Uddhav Thackeray’s criticism of the Bharatiya Janata Party over the order),” Tawde said.

“A leader of a political party (Thackeray) should not say anything without verifying. Shiv Sena ministers are misguiding their leaders and public at large,” he said.

Earlier, when Sena ministers met Fadnavis to make a formal representation on the issue, he had assured the delegation that the circular would be revoked.

The circular was issued by the Rural Development department to all district councils on January 4. It stated that ‘putting up photos of gods and religious figures or religious texts or celebration of religious festivals and pujas in government offices, semi-government offices, offices of local bodies, state-run educational institutions is against the provisions of the Constitution’.

It further directed the district councils to ‘uphold the values of the Constitution’ by immediately removing all religious pictures/texts/deities and stop ‘pujas’ and celebrations. Officials had also been asked to remove such slogans or portraits respectfully.