The Maharashtra government has decided to accord adventure sport status to 'Dahi Handi', a popular festival in which a human pyramid is formed to break an earthen pot filled with curd hanging mid-air, Chief Minister Eknath Shinde announced in the assembly on Thursday. 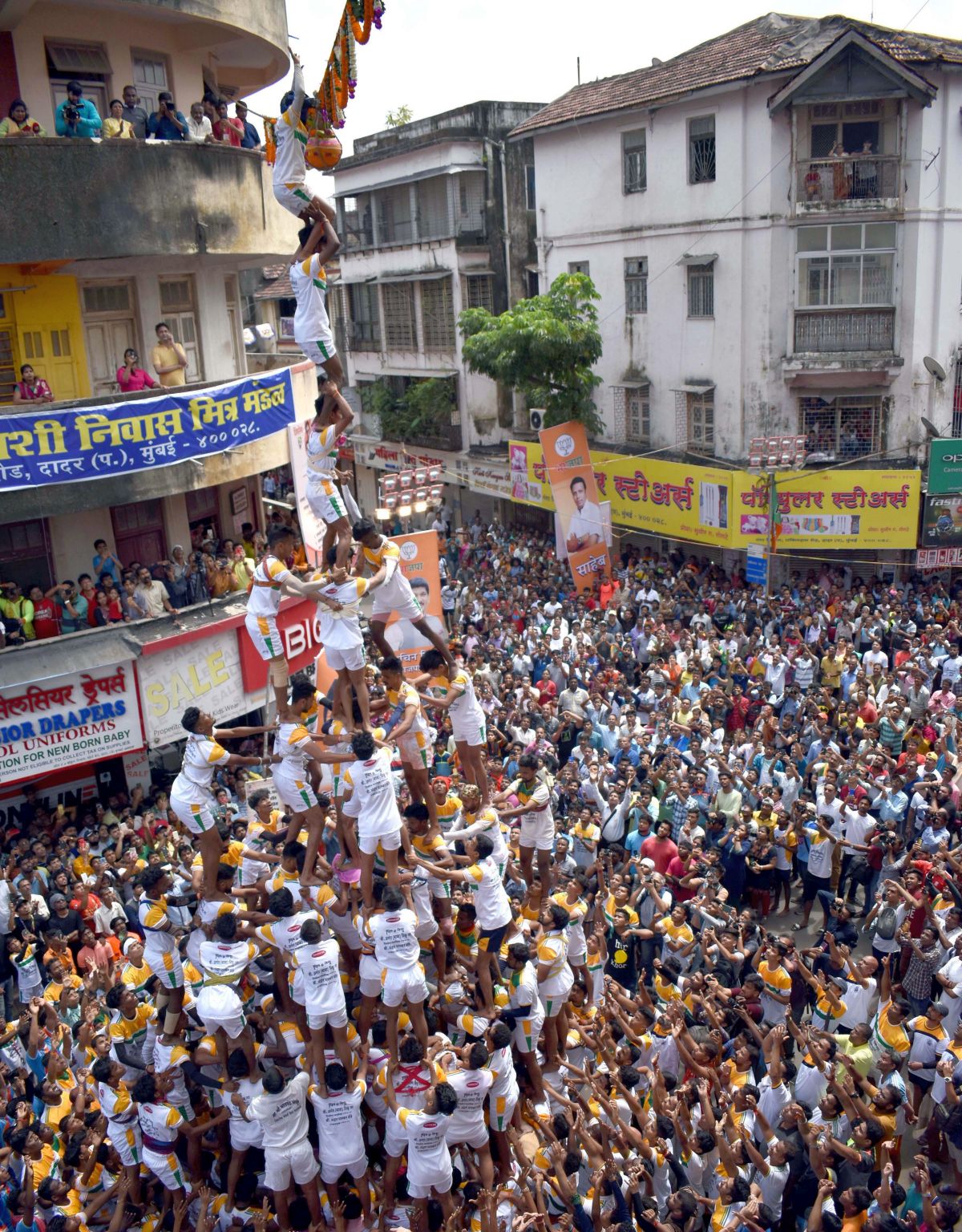 IMAGE: People make a human pyramid to break the 'Dahi Handi' during the celebration of the Janamashtami festival in Mumbai. Photograph: ANI Photo

The adventure sport tag will allow young participants (called govindas) in Dahi Handi events, organised to celebrate the birth of Lord Krishna, to apply for government jobs under the sports quota.

Participants or their families will be provided with compensation in case of fatal or other injuries suffered by the players during the formation of human pyramids, the CM said on the eve of the festival which will be celebrated without any restrictions this year.

"The Maharashtra government has decided to recognise formation of human towers as part of Dahi Handi celebrations as an adventure sport. With this recognition, the players will become eligible to apply for government jobs under the sports quota," Shinde said in the Lower House.

In case of unfortunate death of a participant during the formation of human pyramids, his/her kin would get Rs 10 lakh as compensation from the state government. A player suffering serious injuries would receive Rs 7 lakh, while one with fractures would be paid Rs 5 lakh, he said.

The state government would also bear the medical treatment cost of 'govindas' (participants) in case they suffer injuries, Shinde said.

After two years of subdued revelry, the Dahi Handi festival is likely to be celebrated on a grand scale like during the pre-pandemic times in the state, especially in Mumbai, on Friday as the government has lifted all coronavirus-related curbs.

The festival sees groups of 'govindas' moving around in cities and vying with each other in breaking Dahi Handis (earthen pots filled with yogurt and suspended in mid-air) and winning prizes.