A mob of 10-12 people have been booked for allegedly vandalising a hospital and beating up its staff in Pune's Pimpri Chinchwad area after the death of a COVID-19 patient, police said on Tuesday. "A 28-year-old man was admitted in the hospital on April 16 after he tested positive for coronavirus. His oxygen level was 87 per cent and the staff at the facility asked his kin to admit him in civic-run Yashwantrao Chavan Memorial Hospital in Pimpri Chinchwad," Sub Inspector Prasad Gowale of Dehu Road police station said.

"The man's kin took him to YCMH but, possibly due to the rush there, took him home. On Monday, his health deteriorated and he was was rushed to Cantonment Hospital again, but by then his oxygen level was just 37 per cent and he died soon after," he added.

Following the man's death, a mob of 20-25 arrived there and some 10-12 of them, led by the deceased's cousin, ransacked a room in the hospital and thrashed the staff present.

"A case has been registered and six people in the mob have been identified. No arrest has been made so far and probe is underway," Gowale said. 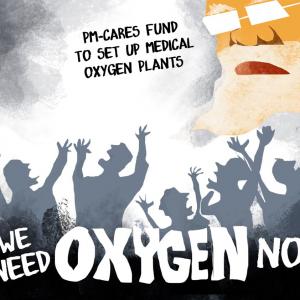