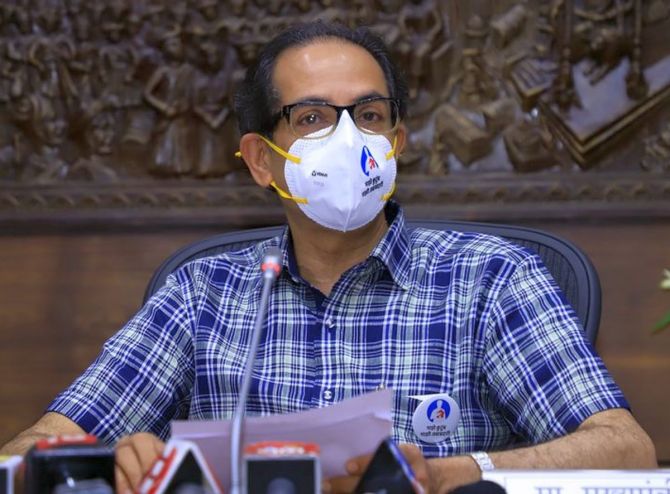 Speaking to reporters in Mumbai after holding a meeting to discuss relief measures with key ruling Maha Vikas Aghadi leaders, Thackeray said the assistance will be provided to the affected people by Diwali (mid-November).

The opposition Bharatiya Janata Party, however, appeared unimpressed by the flood aid, saying the Shiv Sena-led MVA government has "betrayed" the trust of farmers.

The chief minister also said that the Maharashtra government is yet to receive around Rs 38,000 crore, including the states GST share, from the Centre.

We had given a word to farmers that they will not be ignored. Considering everything, in fact I dont like the word package, but we will give Rs 10,000-crore assistance. These Rs 10,000 crore will be used for different
purposes, Thackeray told reporters.

We will try to give this entire help till Diwali. It will be our honest effort to see that there are no tears in the eyes of farmers, he added.

Thackeray said that the government will do whatever it takes to give relief to the affected people and will take loan if need be.

The chief minister said he will also speak to Prime Minister Narendra Modi on the issue or meet him, if required.

Thackeray said that a sum of Rs 5,500 crore, out of the total Rs 10,000-crore assistance, will be provided to the agriculture sector.

For repairing damaged bridges and roads, an amount of Rs 2,635 crore will be made available, while for rural roads and drinking water supply restoration, Rs 1,000 crore will be spent.

The urban development, energy and water resources departments will be given Rs 300 crore, Rs 239 crore and Rs 102 crore, respectively.

Thackeray said that the MVA government has so far provided assistance of Rs 30,800 crore for different purposes, including farm loan waiver.

The chief minister said the state government had sought central help of Rs 1,065 crore for giving relief to those hit by cyclone Nisarga (in eary June) and Rs 800.88 crore for helping people affected by floods in East Vidarbha in August.

But the state government has not received any help from the Centre yet, he said.

The chief minister demanded the Centre send its teams to assess the damage caused by heavy rains and subsequent floods in parts of the state this month.

Meanwhile, NCP president Sharad Pawar, whose party is an ally in the ruling coalition, welcomed the governments move.

They (the government) have said that the relief will be given immediately...I am sure those in the power will stand behind farmers strongly, Pawar said at a party event to induct former BJP leader Eknath Khadse into the NCP.

However, Leader of Opposition in the assembly Devendra Fadnavis of the BJP criticised the Thackeray-led government over the assistance announced for the flood-hit people.

Referring to the demands made by Thackeray during the crop loss last year, when he was a BJP ally, Fadnavis said, "Earlier, Thackeray himself had demanded financial assistance of Rs 25,000 and Rs 50,000 per hectare for rain-affected farmers.

"He had even demanded compensation of Rs 1 lakh per hectare. But today's announcement has betrayed the trust of farmers."

The Maha Vikas Aghadi government was showing budgeted provisions as a special package and trying to portray a false picture of helping farmers, the BJP leader alleged. 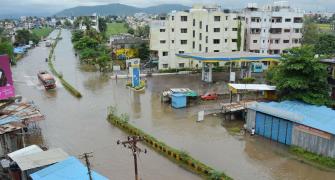