The perpetrators of the killing of a pharmacist in Maharashtra's Amravati might have been 'self inspired' by the violence carried out by the dreaded Middle East group Islamic State (ISIS) and the investigators are trying to ascertain if they have links with any terror outfit, officials said. Pamphlets spreading hate messages, knives, mobile phones, SIM cards, memory cards and other incriminating documents were found during the searches from the premises of the accused in Maharashtra.

The manner in which Kolhe was killed prima facie indicated that the killers might have been 'self inspired', taking cue from the ISIS, an official said.

The investigators were also trying to find out whether they have any links with foreign terror groups, including the ISIS.

The National Investigation Agency (NIA) on Wednesday carried out searches at 13 locations in Maharashtra in connection with Kolhe's killing.

In its first information report (FIR), the agency has called it 'an act of terror to terrorise a section of people'.

The Maharashtra Police had arrested seven people before the case was taken over by the central agency on July 2.

There have been instances of 'self inspired' groups carrying out terror activities in the past.

The terrorists who carried out multiple bombings on Easter Sunday in Sri Lanka on April 21, 2019, were also members of a 'self inspired' group.

Over 250 people, including 45 children and 40 foreign nationals, were killed in those deadly explosions in the island country.

The killing of pharmacist Kohle in Amravati had taken place a week before the beheading of a tailor, Kanhaiya Lal, in Rajasthan's Udaipur on June 28.

The Udaipur incident was filmed by the killer and the accused apparently carried out the killing to avenge an insult to Islam after Lal supported Nupur Sharma's comments on social media.

The Udaipur killing is also being probed by the NIA.

However, the investigators have not yet found any link between the two incidents, another official said. 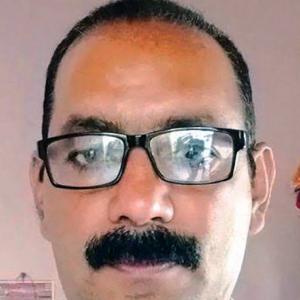