News
Business
Movies
Sports
Cricket
Get Ahead
Money Tips
Shopping
Sign in  |  Create a Rediffmail account
Rediff.com  » News » Magic number of 145 can be crossed only if MVA allies stay together: Ajit Pawar

Magic number of 145 can be crossed only if MVA allies stay together: Ajit Pawar 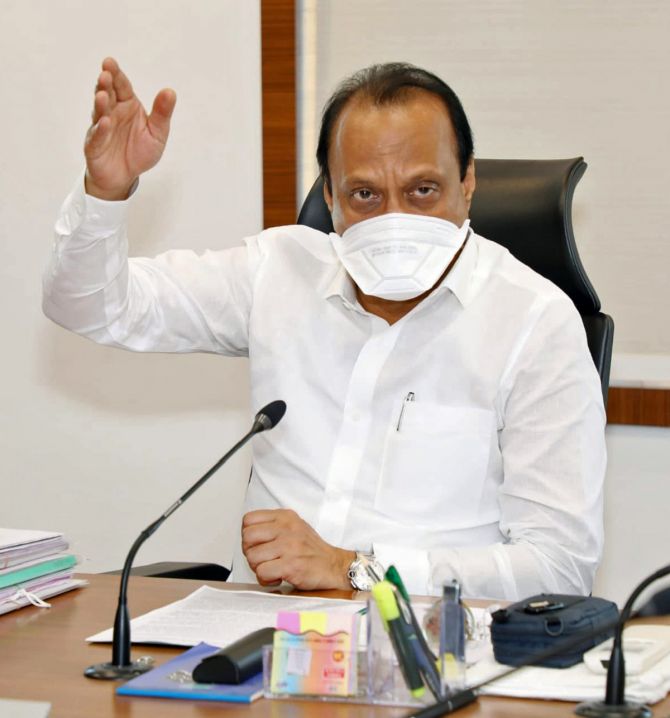 Hitting back at Patole, senior NCP leader Pawar wondered whether the Bharatiya Janata Party, too, should accuse Patole of backstabbing it as he had quit the saffron party to join the Congress in 2018.

Addressing media persons in Mumbai, Pawar said that while speaking, responsible leaders should ensure that their statements are not misconstrued.

Pawar also said that in the given situation in the state, the Shiv Sena, NCP and Congress can cross the magic figure of 145 in the 288-seat Maharashtra assembly only if they are together.

Rumblings in the Maha Vikas Aghadi camp came to the fore on Wednesday with Patole accusing ally NCP of being a "backstabber", a day after the Sharad Pawar-led party joined hands with rival BJP in Gondia zilla parishad elections, keeping Congress away from power.

Patole had also said that the Congress high command will be apprised of the 'machinations' of the NCP of the last two-and-a-half years in the party's forthcoming Udaipur conclave.

"Nana's statement is ridiculous. You all know he joined the Congress after quitting the BJP. So, should the BJP allege that he backstabbed it to join the Congress?" Pawar asked.

He said there could be differences among leaders of the two parties at district-levels, and added that such issues won't arise if there is coordination among the MVA constituents.

"To give some examples, we all know the Congress had tied up with BJP at some taluka and district levels (in the past). I don't want to give much importance to it. But responsible leaders should while speaking take care that their comments are not misconstrued," Pawar added.

He further said that the Congress, the NCP and the Shiv Sena have the right to expand their respective bases.

"But at this juncture, considering the prevailing situation, the magic number of 145 can be crossed only if the three parties remain together," the NCP leader added.

Pawar said the Congress, too, had in the past inducted NCP office-bearers to its fold.

"We don't have to feel bad if our worker joins our ally rather than any opposition party to increase the latter's strength. The point is, the alliance should remain intact," he added.

To a question, the deputy chief minister said that state Home Minister Dilip Walse Patil will look into the Maharashtra Navnirman Sena's demand for action into a letter that threatened party president Raj Thackeray.

Pawar also said that there is no need to create any misunderstanding out of the Uttar Pradesh government's reported decision of setting up office in Mumbai.

"In fact, everyone has a right to set up an office wherever he/she wants," he added.

Pawar said that different states, including Maharashtra, have theirs respective Sadans (state guest houses) in Delhi. Similarly, various states have their Sadans in Navi Mumbai.

"People from across India come to Maharashtra, there is no reason for us to oppose the UP government's decision taken with something in mind. We, too, can set up an office in UP if we want. But the people need not create misunderstanding out of it. There is no need to be scared of it," he added. 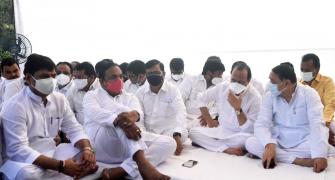 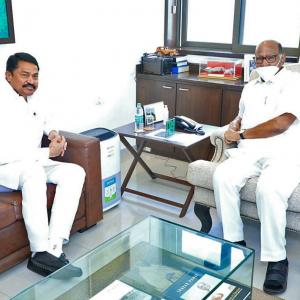