The Uttar Pradesh government has banned cattle trade with four neighbouring states and also imposed a 'lockdown' on the intrastate movement of animals from 28 districts to prevent the spread of lumpy skin disease, animal husbandry minister Dharampal Singh said Friday. 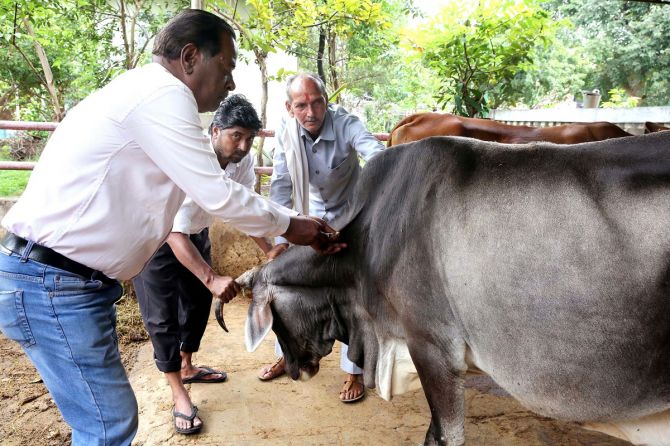 IMAGE: A veterinarian administers a vaccine to a cow to prevent cattles from Lumpy skin disease at a cow shelter, in Bhopal, September 22, 2022. Photograph: ANI Photo

Singh said the lumpy skin disease has spread to animals in 14 states of the country and it is "fatal to animals like coronavirus" is to human.

The viral disease entered Uttar Pradesh through states like Rajasthan, Madhya Pradesh, Haryana and Delhi, the minister told the fifth day of the ongoing Monsoon Session of the Assembly.

"In view of this, the import of animals has been banned by sealing the interstate borders for cattle movement," the minister said.

He said 26,197 cows have been infected with the disease in the state out of which 16,872 have been treated.

"So a lockdown has been imposed on the movement of cattle" to prevent the spread of the disease from western UP to eastern UP," he said.

The lumpy skin disease affects cattle like cows and buffaloes.

It is transmitted by blood-feeding insects such as mosquitoes and flies.

The disease causes fever, nodules on the skin and can also lead to death of the infected cattle. All You Want To Know About Viruses 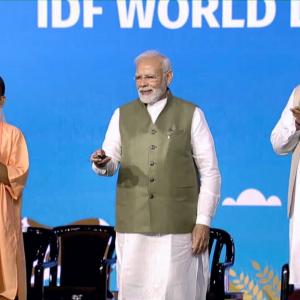