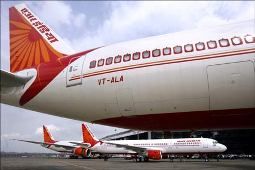 The Central Bureau of Investigation has registered cases against six sitting and former members of Rajya Sabha in connection with the LTC scam in which travel reimbursement was allegedly claimed by them through purportedly forged bills.

CBI sources said that three sitting Members of Parliament -- D Bandopadhyay of the Trinamool Congress, Brajesh Pathak of the Bahujan Samaj Party and Lalhming Liana of Mizo National Front -- have been named along with some travel agents in the cases filed.

None of three MPs responded to phone calls seeking their reaction while SMSes sent to them, too, remained unanswered. But TMC leader Derek O'Brien said in a tweet that, "This is a racket run by corrupt travel agencies... my colleague innocent. But we will cooperate to bust travel agency scam."

CBI sources said that searches are being carried out at 10 places in Delhi and Odisha at the premises of politicians and some travel agents who have been named in the case.

Sources said that the agency has found some more instances of alleged criminality during scrutiny of documents recovered during the first case registered in this connection on November 1 last year.

Besides the MP, an Air India customer service agent, Rubaina Akhtar, and a Lajpat Nagar-based travel operator, Air Cruise Travels Private Ltd, were also named in the FIR in the scam which saw LTC claims being forged citing travel on the state-run Air India.

During its analysis of documents, CBI had found prima facie irregularities in the LTC claims with an intention to maximise personal benefit by scuttling the laid-down norms in collusion with travel agents.

The scam came to light after the vigilance department of Air India was alerted about the arrest of a man at Kolkata airport last year in March with 600 blank boarding passes of the airline in his possession.