Nupur Sharma, suspended from the Bharatiya Janata Party after a major row over her remarks against Prophet Mohammad, was catapulted to the centre stage in 2015 after she was chosen to take on Aam Aadmi Party supremo Arvind Kejriwal in the Delhi assembly polls. 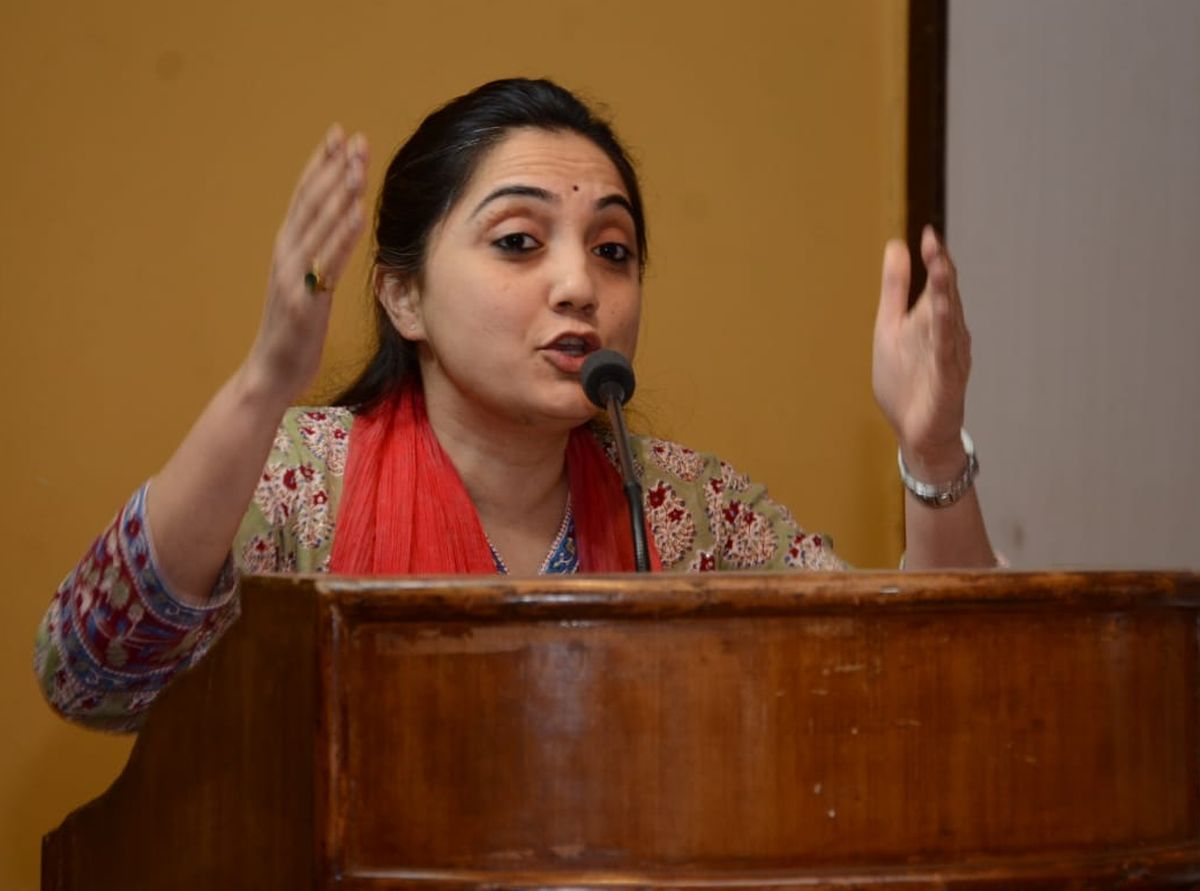 She first shot into the limelight as a student leader with Rashtriya Swayamsevak Sangh-affiliated Akhil Bharatiya Vidyarthi Parishad when she was elected the president of the Delhi University Students Union in 2008.

Sharma, 37, a resident of Delhi, did her graduation from Hindu College and thereafter studied law at the Faculty of Law in Delhi University.

For further studies, she went to the London School of Economics and pursued law.

She joined the BJP's youth wing and after spending several years there, she was appointed as the spokesperson of the BJP's Delhi unit.

Though she lost the election against Kejriwal in 2015, Sharma became a familiar face in the BJP circle.

Lawyer by profession, Sharma, was made the party's national spokesperson in the team of BJP's national president JP Nadda.

During debates on TV channels, she appeared as a firebrand spokesperson and a strong votary of Hindutva.

The party had been giving her several assignments, including the coordination of media in the Uttarakhand assembly polls.

Recently, she also addressed the training camp of BJP's women wing on media and communication.

Sharma was suspended from the BJP on Sunday after she allegedly made insulting remarks against Prophet Mohammad during a TV debate that drew condemnation from several Islamic nations.

The BJP suspended her under rule 10 (a) of its constitution which states that the national president if he so desires, may suspend any member and then start disciplinary proceedings against him. Breach of discipline includes acting or carrying on propaganda against any programme or decision of the party.